Years ago, a white friend told me her son came home from middle school in tears, overcome with guilt. He was taught that his white ancestors were responsible for horrible things done to native Americans, blacks, and women. Today, her son is a young adult communist. He hates America and believes white men are the greatest source of evil in the world. He actually said he will not have children because he does not want to bring more of his kind into the world.

Leftists teaching children to hate the race that God made them is evil. White students as young as six years old are outrageously taught that they are born racist, should feel guilty for their “white privilege” and have a responsibility to pay back blacks. Black students have been taught the same leftist lies which has created in them victim mindsets, a sense of entitlement and hatred for fellow Americans who are white. Democrat presidential candidates further white guilt and the lie that blacks are still victims of racist America. They absurdly want to pay $100 billion in reparations to blacks as payback for slavery.

As a black man who is proud to be an American, I say our country would be far better off if Democrats would stop exploiting race. Stop pandering to black voters and guilt-tripping white voters with the slavery of our past. I don’t care what intellectual-sounding Democrat race-hustlers say. America is the greatest land of opportunity on the planet for all who choose to go for their dreams. Democrats continuing to infect people with a victim mindset is evil. The Bible says victim thinking weakens rather than empowers. “I can do all things through Christ who strengthens me.” (Philippians 4:13)

For decades, we have allowed leftists to hijack public education, usurping the authority to raise your child. Public schools are poisoning students against the religious and moral beliefs of their parents. Consequently, students are infected with the Democrats’ anti-American and anti-Christian agendas. We’ve allowed public education and Saturday morning TV cartoons to teach our kids the lie that their parents are responsible for destroying the planet by barbecuing, driving cars, having babies, and using more than two squares of toilet paper.

Democratic congresswoman Alexandria Ocasio- Cortez and her army of angry young zealots are the product of us allowing leftist educators to confiscate the hearts and minds of our kids.

Sandy O is the face of leftists’ movement to transform America from her founding, take down America as the world’s superpower and kill as many American babies as possible. Sandy O represents every crazy evil leftist lie allowed to be instilled in our kids for decades.

Totally brainwashed, Sandy O’s army believes it is inarguable that childbirth destroys the planet. Therefore, they have moral authority to murder babies before and after birth. Meanwhile, Sandy O’s army passionately defends the lives of sea turtles. God said, “Be fruitful and multiply. Fill the earth and govern it.”(Genesis 1:28)

We’ve allowed leftists to dumb down students regarding their constitutional rights and American history. Man-on-the-street interviews shockingly revealed that students from high school to college didnot know George Washington was our first president. They thought Abraham Lincoln was a Democrat.

Allowing public education to dumb down our “yutes” has produced numerous disturbing consequences. Four out of ten adults favor socialism over capitalism.

Sandy O and her army of extreme gung-ho radicals want to give Democrat House majority leader Nancy Pelosi the boot because they believe she is not anti-American and anti-capitalist enough. Based on their insane belief that the planet will be uninhabitable in twelve years if dramatic changes are not made, Sandy O’s army believes Pelosi is not aggressively green enough. Over a glass of scotch at night, I wonder if some senior Democrats conclude that they have created a monster in Sandy O?

So there you have it folks. Our decades of passivity have allowed leftists to create elected Democrats who boldly seek to bring down America as founded, end our American way of life and have government dictate our behavior. Allow me to remind you again of the insanity in Sandy O’s Green New Deal. Within 10 years, Sandy O demands the end of air travel; the end of using fossil fuels; that every new job must be unionized; every nuclear plant must be closed; every building in America must be rebuilt for state-of-the-art energy efficiency and government will fund deadbeats who refuse to work.

However, I see a light at the end of America’s dark Democratic enemies-within tunnel.

Blexit is a movement of blacks exiting the Democrats’ keep-blacks-stupid-and-needy plantation. The founder of Blexit is young, articulate black Candace Owens who believes the movement will impact the 2020 presidential election.

Remarkably, despite all the years of public schools promoting abortion, young people are more pro-life than their parents. This is the pro-life generation.

The Democrats’ sudden sense of urgency in murdering as many babies as possible even after they are born is a blessing for the pro-life movement. Americans are finally realizing just how evil Democrat anti-childbirth zealots truly are.

Public school poisoning made my white friend’s son a self-hating communist, a passionate fighter in Sandy O’s anti-American and anti-Christian revolutionary army. I envision him enraged with his pitchfork at the gate yelling, “Down with whitey, capitalism, and America!” 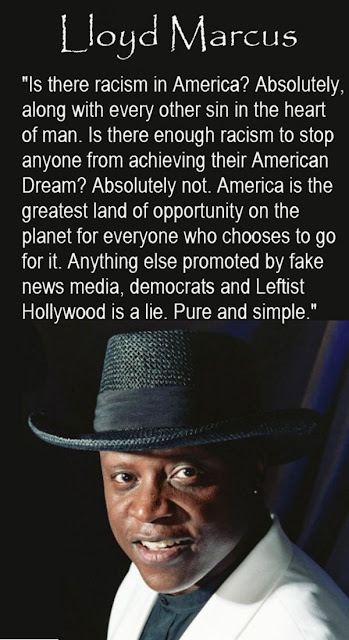