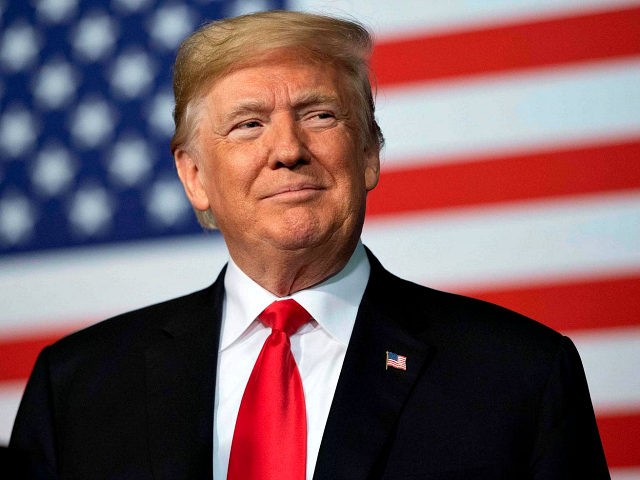 About 3-in-4 American voters favor a populist-nationalist “America First” legal immigration, trade, and foreign policy platform from candidates running for office that prioritizes protecting the way of life and economic security of United States citizens above all else.

The latest Harvard/Harris Poll finds near unanimous support for populist-nationalist candidates among Republicans, conservatives, and President Trump supporters, as well as a majority of support from all voters.

The findings are the latest evidence that the open borders, globalization, and endless wars ideology of former administrations has very little support with the American electorate.

Voters were asked if they would be more or less likely to support a candidate who said, “We have a moral duty to create an immigration system that protects the lives and jobs of our citizens,” the kind of populist sentiment often deployed by former Attorney General Jeff Sessions.

Across racial lines, the vast majority of white Americans, 79 percent, and black Americans, 75 percent, said they would support a candidate who said they wanted an immigration system that benefited American citizens, rather than foreign nationals.

Similarly, more than 6-in-10 voters said they would be more likely to support a candidate in an election that spoke of the national “emergency with the savage MS-13 gang” that has been largely due to the country’s mass illegal and legal immigration system that has been supported by Republicans, Democrats, the open borders lobby, Wall Street executives, and corporate interests.

A total of 65 percent of voters said they would be more likely to support candidates who touted imposing $250 billion worth of tariffs on China, as Trump has done. This economic nationalist policy platform on trade garners support from 87 percent of Republicans, 61 percent of swing voters, and 89 percent of Trump supporters.

The economic nationalist rhetoric has the highest support among conservatives, 90 percent, and Trump supporters, about 93 percent.

Even when it comes to foreign policy and international affairs, Americans are vastly more likely to support candidates who oppose delegating more U.S. sovereignty to global organizations and foreign interventionism that results in countless lost lives.

Across party lines, voters tend to support candidates with Trump’s “America First” foreign policy rather than the neoconservative worldview.

Roughly 84 percent of Republicans, more than 60 percent of Democrats, and 76 percent of Independents said they would be more likely to support a candidate that opposes endless foreign wars.

This anti-war platform is the most popular among conservative voters, 84 percent of whom said they would be more likely to support a candidate that talks like Trump on foreign policy.

Close to 70 percent of all voters are more likely to support a candidate that wants to pull American troops out of Syria and Afghanistan, as Trump has demanded.

This anti-interventionist platform is most supported by Republicans, 82 percent, and Trump voters, 84 percent.

About 7-in-10 swing voters are more likely to support a candidate who wants to bring American troops home after years of U.S. intervention in Syria and Afghanistan, as well as 64 percent of Hispanic and black Americans.

Every year, the U.S. admits more than 1.5 million illegal and legal immigrants at the expense of America’s working and middle class who are forced to subsidize the policy through their depleted wages and job prospects.

At the same time, free trade deals like NAFTA have cost at least five million American manufacturing jobs to be eliminated from the U.S. economy.

Overseas, U.S. wars in Afghanistan, Iraq, and Pakistan have left up to 507,000 people dead and more than 60,000 American soldiers killed or wounded.

https://www.breitbart.com/politics/2019/03/01/harvard-harris-poll-3-in-4-voters-favor-america-first-immigration-trade-war-platform-candidates/
Posted by Frances Rice at 9:24 AM