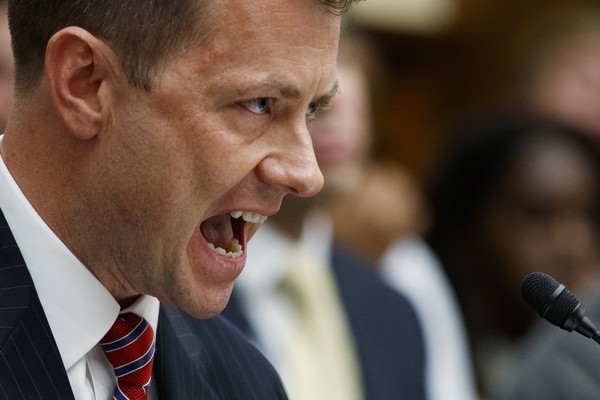 Fired FBI agent Peter Strzok told Congress last year that the agency "did not have access" to Clinton Foundation emails that were on Hillary Clinton's private server because of a consent agreement "negotiated between the Department of Justice attorneys and counsel for Clinton."

That agreement was revealed in newly released congressional transcripts from Strzok's closed-door testimony at the House Judiciary Committee on June 27, 2018.

When asked by then-majority general counsel Zachary Somers if “the Clinton Foundation was on the server”, Strzok testified that he believed it was “on one of the servers, if not the others.”

But Strzok stressed that due to an agreement between the DOJ and Clinton, they were not allowed to search Clinton Foundation emails for information that could help in their investigation.

The FBI would have been investigating Clinton's emails in 2016, when former President Barack Obama was still in office and when Clinton was running for president against then-candidate Donald Trump.

Somers asked in the 2018 hearing: “Were you given access to those emails as part of the investigation?”

Strzok replied: “We were not. We did not have access," according to the transcript.

The FBI’s investigation into Clinton, called the “Midyear Exam,” focused on whether she had mishandled classified information in emails that were sent and received through her private server.

Strzok testified that the FBI did not have immediate access to Clinton’s servers, but rather “obtained possession of the servers over time.”

Although the FBI would eventually gain possession of Clinton’s server, it was only according to terms negotiated with Clinton’s lawyers.

Strzok testified that the FBI’s ability to search these emails was constrained. He said that there was “a significant filter team that was put in place to work through the various terms of the various consent agreements.”

Despite those constraints, Strzok said the FBI was being "aggressive" in its investigation.

“The FBI team was certainly, I think, comparatively aggressive, which is my experience," he said. "Agents tend to be much more aggressive in trying to get information. Prosecutors look at it from a different set of perspectives."

FBI Director James Comey would clear Clinton in a speech on July 5, 2016.

He would listed Clinton’s numerous missteps, including the fact that 110 emails in 52 email chains contained classified information at the time they were sent or received by Clinton, but he would not recommend charging her with any crimes.

Among the numerous revelations in Page’s testimony was the fact that officials at the FBI — including then Director James Comey — were discussing possible Espionage Act charges against Hillary Clinton, citing “gross negligence," but the Justice Department shut them down.

Reuters held story about Beto O'Rourke until after Senate race 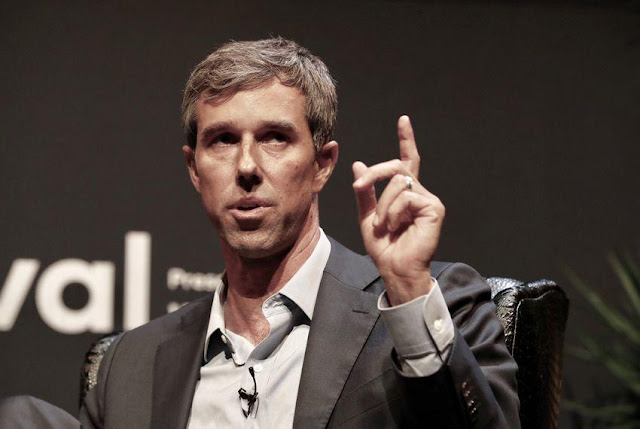 Reuters held on to a report about former congressman Beto O'Rourke and his participation in a hacking group as a teenager until after his failed 2018 Senate race in Texas.

A day later, Reuters reported he was a member of a computer hacking group called the Cult of the Dead Cow and authored a series of writings under the name "Psychedelic Warlord."

Hours after publishing the report, Reuters put out a follow-up piece that said the author, reporter Joseph Menn, held on to O'Rourke story for more than a year.

Menn said he found out about O'Rourke's membership in the Cult of the Dead Cow as he was doing research for a book on the well-known hacking group.

“While I was looking into the Cult of the Dead Cow, I found out that they had a member who was sitting in Congress. I didn’t know which one. But I knew that they had a member of Congress," he said. “And then I figured out which one it was. And the members of the group wouldn’t talk to me about who it was. They wouldn’t confirm that it was this person unless I promised that I wouldn’t write about it until after the November election. That’s because the member of Congress had decided to run for Senate. Beto O’Rourke is who it was."

Menn said he then met O'Rourke and told him he would publish the book after his Senate race. "And he said, ‘OK,’" Menn said. “And he told me about his time in the Cult of the Dead Cow.”

The Reuters report Friday on O'Rourke's membership in the Cult of the Dead Cow also revealed he authored a series of writings under the name "Psychedelic Warlord," including disturbing fiction he wrote when he was about 15 that detailed the murder of children.

“I’m mortified to read it now, incredibly embarrassed, but I have to take ownership of my words,” O'Rourke said in an apology. “Whatever my intention was as a teenager doesn’t matter, I have to look long and hard at my actions, at the language I have used, and I have to constantly try to do better.”

“It’s not anything I’m proud of today, and I mean, that’s the long and short of it,” he told reporters earlier on Friday. “All I can do is my best, which is what I’m trying to do. I can’t control anything I’ve done in the past. I can only control what I do going forward and what I plan to do is give this my best.” 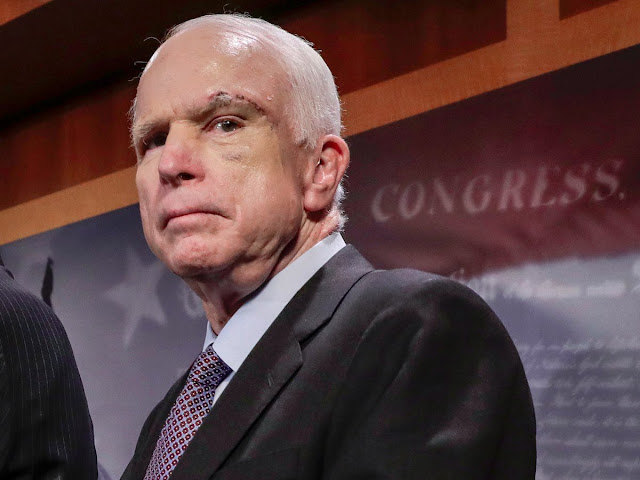 President Trump attacked the late Sen. John McCain in a salvo of tweets Sunday morning, reacting to court documents released last week about the so-called Trump dossier that contains unverified claims about his ties to Russia and the Arizona Republican's role in spreading it.

"Report: Christopher Steele backed up his Democrat & Crooked Hillary paid for Fake & Unverified Dossier with information he got from 'send in watchers' of low ratings CNN. This is the info that got us the Witch Hunt!" Trump tweeted, naming the author of the dossier, British ex-spy Christopher Steele.

"So it was indeed (just proven in court papers) 'last in his class' (Annapolis) John McCain that sent the Fake Dossier to the FBI and Media hoping to have it printed BEFORE the Election. He & the Dems, working together, failed (as usual). Even the Fake News refused this garbage!" he added.

According to deposition transcripts released last week, Steele said last year he used a 2009 report he found on CNN's iReport website for part of his dossier and said he wasn't aware that submissions to that site are posted by members of the public and are not checked for accuracy.

In another deposition, David Kramer, a longtime associate of the late McCain, recalled how he gave the dossier to more than a dozen journalists.

He also said he informed McCain of the dossier, who then brought it to the FBI's attention.

The dossier was published on Jan. 10, 2017, by BuzzFeed, one of the media organizations Kramer gave the series of memos. Kramer claimed he told media outlets not to publish the research until it was verified.

Although Trump resurrected his "last in his class" jab at McCain, who died last year due to brain cancer, the senator graduated near, not at, the bottom of his class at the U.S. Naval Academy.
...

Trump also went after McCain on Saturday in a tweet that referenced the senator's role in killing an Obamacare repeal effort and the dossier.

"Spreading the fake and totally discredited Dossier 'is unfortunately a very dark stain against John McCain. He had far worse 'stains' than this, including thumbs down on repeal and replace after years of campaigning to repeal and replace!" he said.

In his book last year, The Restless Wave, McCain defended his role in giving a copy of the dossier to former FBI Director James Comey.

“I reviewed its contents. The allegations were disturbing, but I had no idea which if any were true. I could not independently verify any of it, and so I did what any American who cares about our nation’s security should have done," McCain wrote.