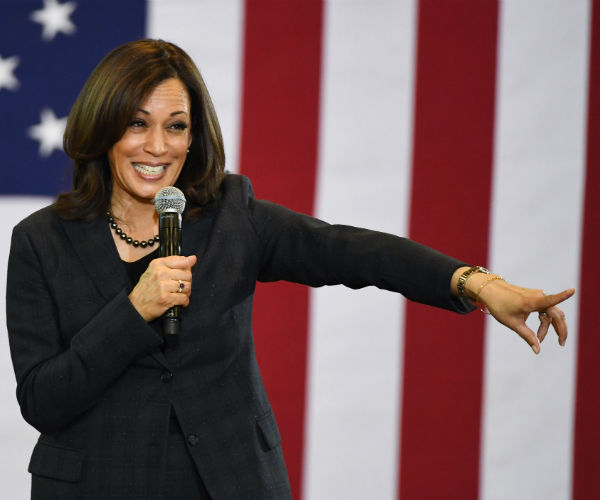 The disgusting, pathetic pandering of many of the Democrat 2020 presidential hopefuls to the far-left progressive movement is embarrassing and beneath the dignity of the Office they seek.

In a blatant appeal to the radical wing of the Democratic Party and those new left-wing extremists who are dominating the Democratic debate, they are ignoring the vast majority of hardworking Americans.

If the past month has shown us anything, it has made clear that the Democratic Party, through a few of its newly elected radical Members of Congress and many of its 2020 presidential contenders, is redefining itself to appeal to the radical progressive left — not mainstream America.

They have taken pandering to new low trying to see who can become more outlandish:

If these examples of pandering were not enough, the height of pandering would be for a male candidate to announce — before the primaries — that he is selecting a black or white female as his running mate!

Pandering isn’t limited to the candidates.

It also extends to the Democratic leaders and establishment.

In the Democrat-controlled House of Representatives, rather than risk offending Muslims and blacks by specifically criticizing black Somali-American Muslim Congresswoman Ilhan Omar, D-Minn, for her anti-Semitic comments, Democrats chose to slap Jews and Israel in the face and opted for a watered-down resolution shielding her and condemning virtually all forms of bigotry — not really a hard sell.

In the Senate, rather than stand up for the rights of children to live after a botched abortion, Democrats pandered to Planned Parenthood and the abortion lobby and refused to support a bill that would have penalized doctors who failed to exercise care in saving the lives of children who survive an abortion or attempted abortion.

While candidates play the “reparations” game to pander to blacks, they do not let such pandering get in the way of maintaining power.

It seems like only yesterday that Democrats, including some of the candidates, were clamoring for the resignations of the Governor and Attorney General of Virginia for appearing in black face — until it was learned that the successor to the Governor could be a Republican since the black Lt. Governor was facing allegations from two different women.

The real shame is the silence of what used to be mainstream Democrats who appear to be afraid of, or are intimidated by, these new left-wing radicals who are steam-rolling their party.

By their silence, they are allowing the new extremists, and their media allies, to dominate the Democratic Party debate and frame the issues. In doing so, they are ignoring — and alienating — the vast majority of hardworking Americans who occupy most of the country between the Atlantic and Pacific coasts.

If Democrats and their eventual nominee continue down this road, they might find themselves in the position of Walter Mondale in 1984 — Reagan defeated him not only in a 525-13 electoral college landslide but also gave him the second largest popular vote defeat in history — nearly 17 million!

https://www.newsmax.com/clarencevmckee/democratic-party-presidential-election-pandering/2019/03/21/id/908114/
Posted by Frances Rice at 10:15 AM