BREAKING: Supreme Court sides with Trump on detention of immigrants 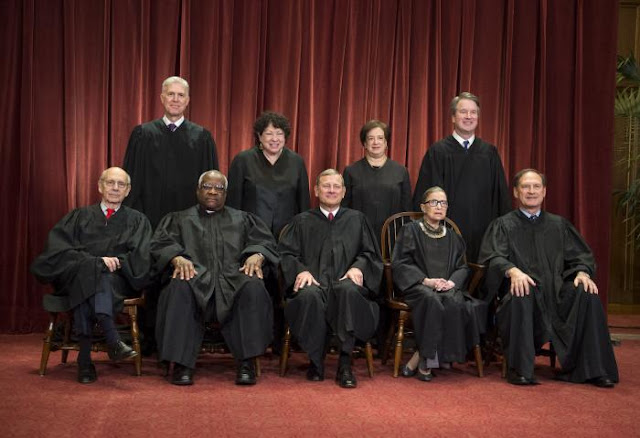 The Supreme Court on Tuesday ruled in favor of the Trump administration by deciding federal officials can detain immigrants at any time for possible deportation after they have served their time in the U.S. for other crimes.

The 5-4 decision reversed the 9th Circuit Court of Appeals, which said officials have to detain these immigrants immediately or they are exempt from ever being detained.

Justice Samuel Alito delivered the majority opinion for the court, and he was joined by Chief Justice John Roberts and Justices Clarence Thomas, Neil Gorsuch, and Brett Kavanaugh.

At the center of the case are immigrants Mony Preap and Bassam Yusuf Khoury, who are in the U.S. as lawful permanent residents. Both were convicted of crimes and served their sentences but were not detained by immigration authorities for removal proceedings until years after they were released from criminal custody.

The dispute focused on a federal law that says the Department of Homeland Security can detain immigrants convicted of certain crimes “when the alien is released” from criminal custody.

Lawyers for Preap and Khoury, as well as other immigrants in similar circumstances, argued they are exempt from mandatory detention because of the gap in their custody, as the statute applies only if the immigrant is taken into custody immediately upon release.

The 9th U.S. Circuit Court of Appeals agreed, and in a 2016 ruling, the appeals court said the word “when” in the statute “conveys immediacy,” and immigration detention has to occur promptly after the immigrant is released from criminal custody.

The Trump administration argued that the government has the authority to detain immigrants as they await deportation, even if they are arrested by immigration authorities years after serving their sentences. The Supreme Court agreed.

Reading his dissent from the bench, Breyer warned the "greater importance in the case lies in the power that the majority's interpretation grants to the government."

"It is a power to detain persons who committed a minor crime many years before. And it is a power to hold those persons, perhaps for many months, without any opportunity to obtain bail," he wrote. 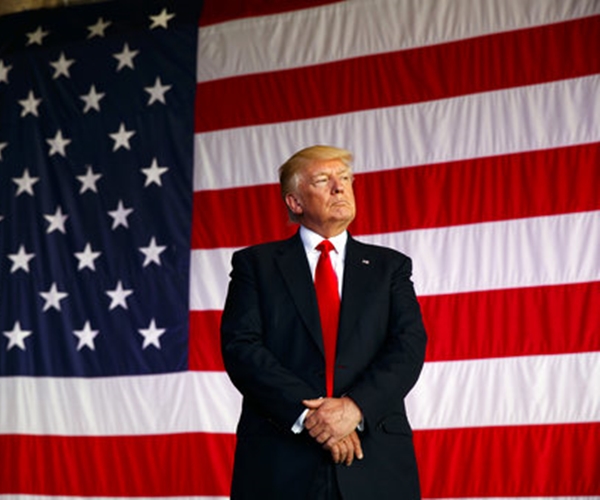 Trump has garnered rising approval ratings in other recent polls as well, with an NBC News/Wall Street Journal survey giving him a 46 percent approval rating earlier this month.

Key numbers in the results of the latest CNN Poll conducted by SSRS:

According to CNN, Trump's approval number of 42 percent puts him between former Presidents Bill Clinton (44 percent) in 1995 and Ronald Reagan (41 percent) in 1983 at this point in their presidencies.

The University of Michigan's consumer sentiment for the US increased to 97.8 in March of 2019 from 93.8 in February, beating market expectations of 95.3, preliminary estimates showed. It is the highest reading in three months, amid rising income and lower inflation expectations and more positive growth prospects.

The early March gain in sentiment was entirely due to households with incomes in the bottom two-thirds of the distribution, whose sentiment rose to 97.4 from 90.0 in February.

Sentiment fell among households with incomes in the top third to 98.5 in early March from 101.7 in February.

The difference that accounted for the divergence was how households evaluated their personal finances, as lower income households expressed much more positive assessments.

The divergence was due to a monthly jump of one-percentage point in income expectations among middle and lower incomes compared to a change of just one-tenth of a percentage point among those with incomes in the top third.

Moreover, all income groups voiced more positive prospects for growth in the overall economy during the year ahead. Since households with incomes in the top third account for more than half of all consumer expenditures, cautious observers will conclude that the latest data are another indication that the end of the expansion is on the distant horizon.

While that may well be true, the current level of consumer sentiment at 97.8 hardly indicates an emerging downturn; even among households with incomes in the top third, the Sentiment Index is 98.5, and 97.4 in the bottom two-thirds.

The data indicate that real consumption will grow by 2.6% in 2019 and that the expansion will set a new record length by mid-year.