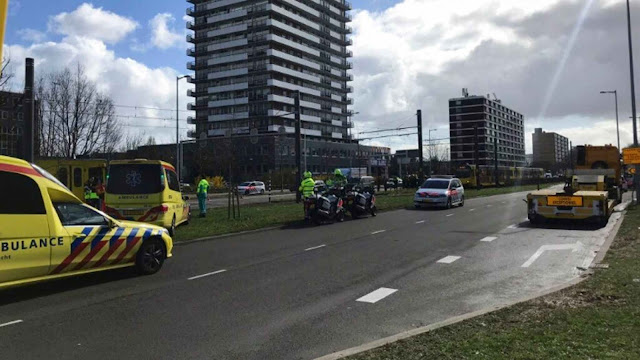 A Turkish man was captured Monday, hours after he was identified as the suspect who allegedly gunned down three people and wounded several others on a Netherlands tram in an apparent terror attack, Dutch police said.

Gökmen Tanis, from Turkey, was accused of opening fire about 10:45 a.m. local time near 24 Oktoberplein junction in the Dutch city of Utrecht, located about 22 miles southeast of Amsterdam. The 37-year-old suspect was taken into custody during a raid, police in Utrecht said. Heavily armed anti-terror officers were captured on video earlier gathering in front of an apartment block close to the scene of the initial attack of the tram.

"In Utrecht, there was a shooting at several locations," Aalbersberg told reporters. "A lot is still unclear at this point and local authorities are working hard to establish all the facts."

Few details have been released about Tanis since police identified him as a suspect in the deadly shooting. Dutch prosecutor Rutger Jeuken said in a news conference Tanis had been previously arrested but did not provide further details.

The suspect's father, Mehmet Tanis, who lives in Turkey's central Kayseri province, told the private Demiroren news agency that he hadn't spoken to his son in 11 years. He said, "if he [his son] did it, he should pay the penalty." 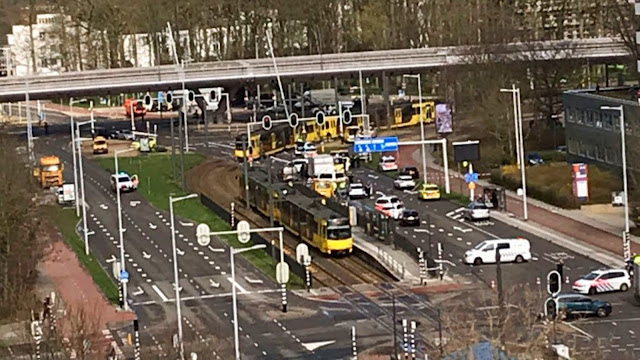 Emergency services attend the scene of a shooting in Utrecht, Netherlands, Monday. (AP)

The attack prompted a citywide lockdown while the country's counter-terror office raised the threat level to maximum. Van Zanen earlier called the shooting a "horrible and radical incident" and said his "thoughts are with" the victims and their loved ones.
"The most important thing at the moment is taking care of the wounded and investigating the circumstances of the incident. We do not exclude anything, not even a terrorist attack," he said in a statement. 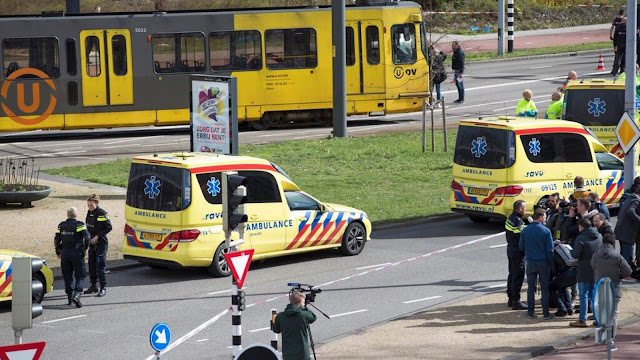 Ambulances are seen next to a tram after a shooting in Utrecht, Netherlands, Monday. Police said that "multiple" people have been injured as a result of a shooting in a tram in a residential neighborhood. (AP)

Photos and videos showed officials cordoning off the area near the tram. A witness told Dutch news site NU.nl that "a man started shooting wildly." Another witness told Dutch broadcaster NOS he encountered a woman with blood on her hands and clothes at the scene.

"I brought her into my car and helped her," he recalled. "When the police arrived, she was unconscious."

In neighboring Germany, police stepped up their surveillance of the Dutch border.

"#NYPD is closely monitoring reports of a shooting on a tram near Utrecht Central Station, the Netherlands’ main transportation hub. There does not appear to be a #NYC nexus at this time. A manhunt is ongoing & the motive is so far unknown. We ask everyone to always remain alert," the commissioner said.

Katherine Lam is a breaking and trending news digital producer for Fox News. Follow her on Twitter at @bykatherinelam 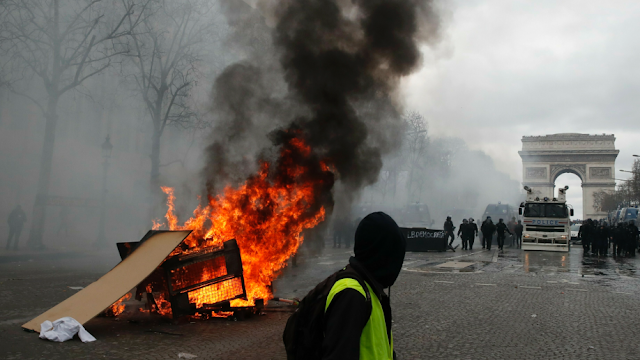 PARIS – A top French security official is acknowledging that police failed to contain rioting in Paris during yellow vest protests and says the government is trying to avoid a repeat scenario.

Junior Interior Minister Laurent Nunez said Monday on RTL radio that police had prepared for an upsurge in violence but were "less reactive" Saturday than in previous demonstrations. He said they were notably more cautious about using rubber ball launchers because of numerous injuries they've caused.

Nunez and the interior minister are meeting Monday with President Emmanuel Macron.

Rioters set life-threatening fires, ransacked luxury stores and attacked police around the Champs-Elysees on Saturday. The sudden resurgence of violence came as the yellow vest movement demanding economic justice has been dwindling.

Calls are already circulating on social networks for new protests next Saturday.