The Dems' 'Mask Is Coming Off': RNC Honorees Speak Out at Black History Month Event 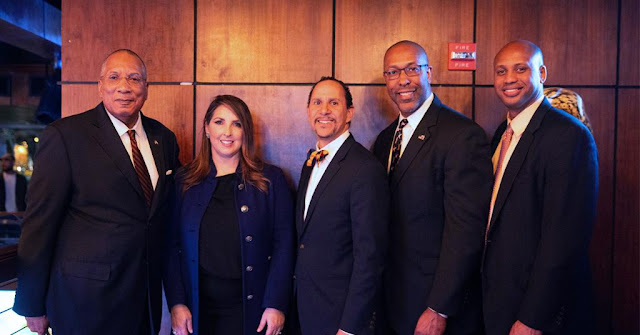 Washington, D.C. - The Republican National Committee closed out Black History Month this week by recognizing some of the most influential black conservative leaders of the year at their annual Trailblazers Awards ceremony in the nation's capital. 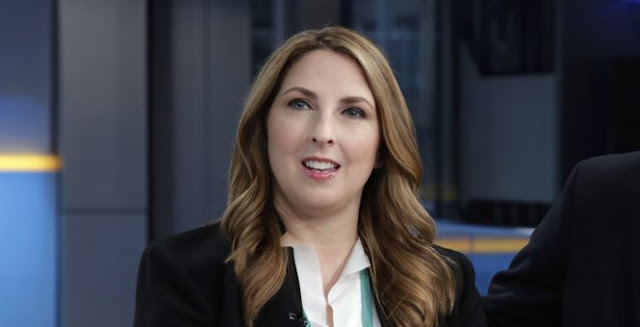 RNC Chair Ronna McDaniel kicked off the event, before handing the mic over to this year's Trailblazers, South Carolina National Committeeman Glenn McCall and President and CEO of the Douglass Leadership Institute Dean Nelson.

Some of the attendees included the RNC’s 20 “Rising Stars," who are all under the age of 30 and all come from minority communities.

The RNC doesn't plan to stop recognizing African-American achievements at the end of February. For instance, she told Townhall after her remarks, the party has held economic opportunity events throughout the country, like small business events that teach business owners how to best secure funding. It was so successful, she said, that the NAACP reached out to them to hold a similar event with their organization.

When they are in minority communities, party representatives like to talk about the record low 5.9 unemployment rate among African-Americans. African-American small business ownership has increased 400 percent.

"What does that mean?" McDaniel asked. "It means lives are better. They are making more money. Families are doing well."

Chatting about The First Step Act, which was passed on a bipartisan basis, is also key.

The RNC chair believes the GOP's message on school choice will also resonate with minority communities because parents know their children's education "should not be determined by their zip codes."

Meanwhile, Democrats are still trying to do damage control over the shocking blackface controversy(ies) in Virginia. Both Gov. Ralph Northam and Attorney General Mark Herring admitted to doing blackface when they were students, yet have dismissed calls to resign. Another Democratic lawmaker in Maryland uttered the n-word this week.

Townhall asked McDaniel to offer a few thoughts on the contrasting narratives unfolding between the two parties.

"What's happened in Virginia, it has been bipartisan in his calls to resign," she noted. "I think he's (Northam) lost credibility with this photo, with his inability to remember if he was in it or not. And some of his past actions too. It wasn't just this one; it was a history. So, it's unfortunate. We have a divide in our country right now. So I would say, are you looking at leaders who are going to try and heal that or who are going to try and push that for their political gain or benefit?"

The Democrats are giving Republicans "great opportunities" to make their case, Dean Nelson said in his remarks. The Democrats' "mask is coming off" and "the real history of the Democratic Party is being exposed."

Just recently, Nelson revealed, he and his team were down in Richmond, VA to speak out against Gov. Northam, who Nelson said seems "more concerned about blackface than really saving black babies."

The Republican Party's history, McDaniel reminded guests at Wednesday's ceremony, is worth celebrating. It was founded in 1854 by abolitionists. The first Republican National Convention, convened in Michigan, was centered on an anti-slavery platform. She added for good measure that it was the Republican Party that passed the 13th Amendment to abolish slavery.

"It was the party of Lincoln that fought for the rights of African-Americans and civil and voting rights legislation over the years," she said. "This is a legacy each of us cherishes."