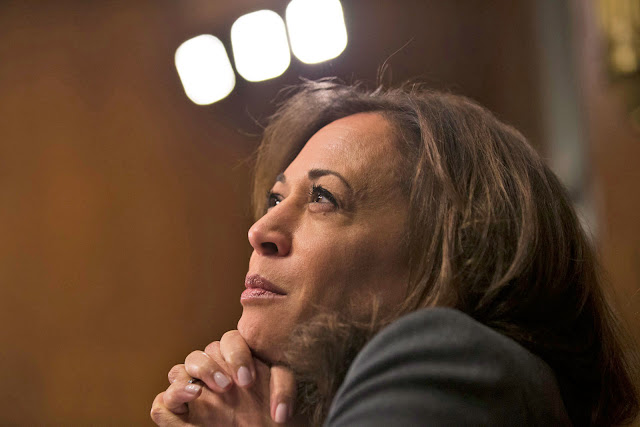 Even though she identifies herself as an African-American, Democrat Senator Kamala Harris from California has zero connection to Black Americans whose African ancestors were slaves in America.
Her mother, Shyamala Galan Harris, is from India and her father, Donald Harris, is from Jamaica.

Both parents emigrated to the U.S. in the early 1960s and Kamala who has a younger sister, Maya, was born in 1964.

After Kamala’s parents divorced, her mother moved to Montreal, Canada with her two daughters and took them to worship in Hindu temples.

In 1990, Harris got a law degree from the the University of California, Hastings College of the Law. 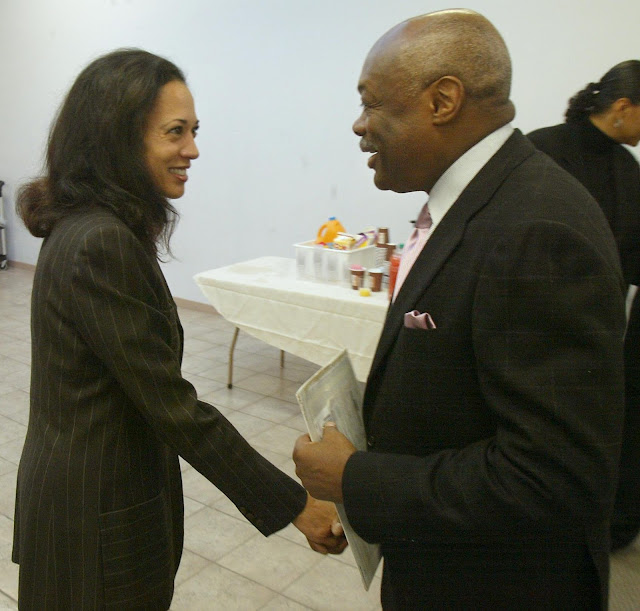 While serving as District Attorney of the City and County of San Francisco, starting in 2003, she had an affair with the then-married Willie Brown who was the Speaker  of the California State Assembly. 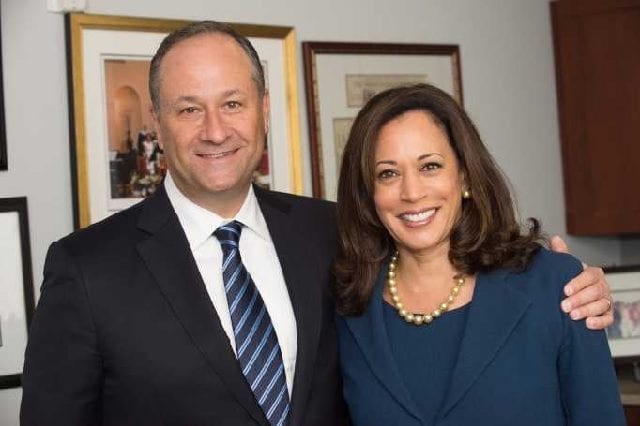 Kamala is now married to a white lawyer, Douglass Emhoff. The couple has two children from his prior marriage and a net worth of $1.7 million.

The below article exposes how Kamala is just a typical rich liberal hypocrite who uses identity politics and class warfare to gain power, so she can push failed socialist policies down our throats that will destroy our economy. 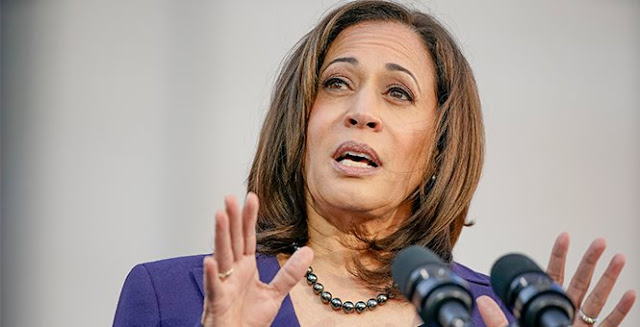 Background: Before Harris was sworn in as the U.S. Senator for California, she earned her law degree from the University of California, Hastings College of the Law. In 2003 she was elected as the District Attorney of the City and County of San Francisco, and then became the first African-American, Asian-American and woman to become the Attorney General in California in 2010, according to her campaign site and a 2010 article from CNN. Afterwards, she assumed the senator’s office for California in 2017. 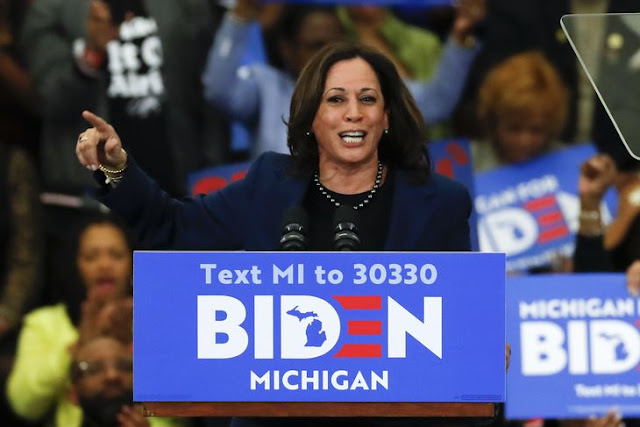 Rogan O’Handley noted in a tweet “Democrats will tear down statues of slave owners, but nominate the descendant of one of Jamaica’s biggest slave owners for Vice President.”

Dinesh D'Souza stated “Kamala Harris is directly descended from one of the largest slaveowners in Jamaica, Hamilton Brown—there is a even a town named after him, Brown Town. So doesn’t it follow she’s a beneficiary, not a victim, of slavery?” 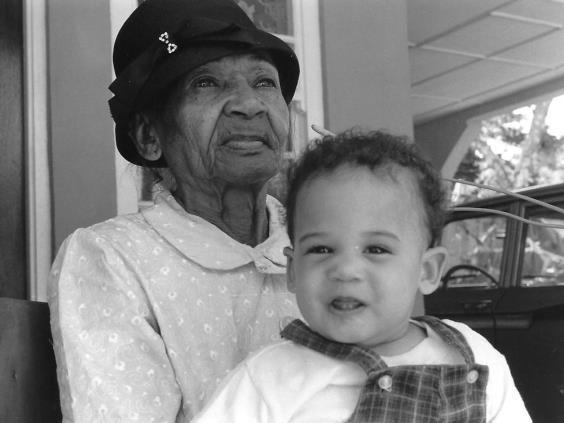 As is revealed in the below article “Kamala Harris has a troublesome family history” she is descended from the 19th-century Irish slave owner Hamilton Brown, the namesake of Brown’s Town in Jamaica, who recruited massive numbers of Irish migrants to Jamaica to work on his sugar plantations after the British Empire abolished slavery.

The article that was written during the primaries includes information about how the Harris family's slave-holding history is confirmed by her father, Donald J. Harris an economics professor at Stanford University who is the son of an English white man, Joseph Alexander Harris.
____________________ 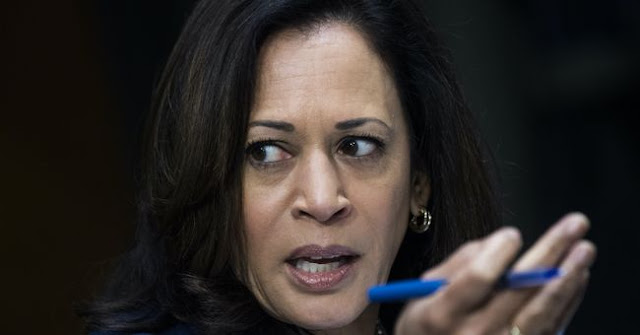 Sen. Kamala Harris’ (D-CA) 2020 Democratic presidential campaign has, among other things, pushed for reparations for descendants of slaves, but according to a February report by PJ Media, her family used to own slaves on their plantation in Jamaica.

The story: Donald Harris, Kamala’s father, wrote the following in a lengthy essay for Jamaica Global Online in January of his family’s history:

“My roots go back, within my lifetime, to my paternal grandmother Miss Chrishy (née Christiana Brown, descendant of Hamilton Brown who is on record as plantation and slave owner and founder of Brown’s Town) and to my maternal grandmother Miss Iris (née Iris Finegan, farmer and educator, from Aenon Town and Inverness, ancestry unknown to me).  The Harris name comes from my paternal grandfather Joseph Alexander Harris, land-owner and agricultural “produce” exporter (mostly pimento or all-spice), who died in 1939 one year after I was born and is buried in the church yard of the magnificent Anglican Church which Hamilton Brown built in Brown’s Town (and where, as a child, I learned the catechism, was baptized and confirmed, and served as an acolyte).”

The California Senator has also advocated for the legalization of marijuana, and in February she suggested that she and Jamaicans were generally known as big pot smokers. Her father voiced his distress over her remarks.

“My dear departed grandmothers(whose extraordinary legacy I described in a recent essay on this website), as well as my deceased parents , must be turning in their grave right now to see their family’s name, reputation and proud Jamaican identity being connected, in any way, jokingly or not with the fraudulent stereotype of a pot-smoking joy seeker and in the pursuit of identity politics. Speaking for myself and my immediate Jamaican family, we wish to categorically dissociate ourselves from this travesty.”

http://conservativeeditionnews.com/kamala-harris-has-a-troublesome-family-history/
Posted by Frances Rice at 10:40 AM