The Rolling Genocide of America's Blacks 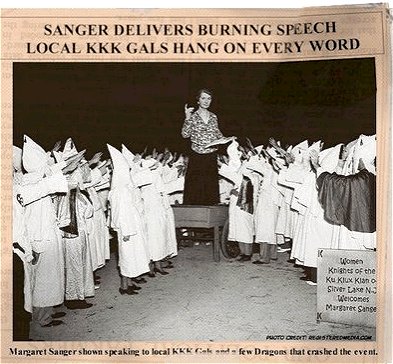 Margaret Sanger, Planned Parenthood founder, targeted blacks for extermination and referred to them as "human weeds" and a "menace to civilization."

In ancient times, most cultures offered sacrifices to appease or honor their gods.  Throughout the Old Testament, the term "burnt offering" referred to the Jewish ritual burning of crops ("firstfruits") and the sacrifice of animals ("firstborn") as an offering to God.  In older translations of Scripture, the word for burnt offering was "holocaust."  Contrary to common belief, the word did not originate with Hitler's "Final Solution" during World War II.

Throughout the pre-Christian world, most cultures, Hebrew and pagan alike, included their own children in their sacrificial offerings.  However, the God of the Hebrews ordered an end to this inhuman practice.

In the aftermath of World War II, the word "Holocaust" took on a much larger and more dreadful meaning: the systematic slaughter of over 6 million European Jews and millions of other "undesirables" by the Nazi regime before and during World War II.  The word has become synonymous with pure evil.

What do these ancient tales and distant horrors have to do with us in these enlightened times?  Everything.  Simply put, this is the story of Planned Parenthood and the systematic extermination of an entire people through the destruction of their own children.

Since 1973, more than 18 million black children of the 60.9 million abortions (31%) have been deliberately killed.  By one estimate, the black population has been reduced by more than 25% since the Roe v. Wade Supreme Court decision legalizing abortion.

The ghost of Margaret Sanger casts a century-long shadow.  Because of her enormous influence in promoting and implementing her humanist, anti-religious, pro–birth control, and eugenic philosophy throughout the United States and around the world, one biographer called her the "Father of Modern Society."

From the beginning of Sanger's birth control crusade, she specifically targeted immigrants and ethnic and religious minorities, especially blacks, Hispanics, and what she once described as "the Catholic race."  Sanger referred to these inferior races as "human weeds" and a "menace to civilization" to be segregated and sterilized.

Sanger's first birth control clinic was opened in 1916 in a poor immigrant section of Brooklyn, where she could provide her "services" to "immigrant Southern Europeans, Slavs, Latins, and Jews."

In 1921, she founded the American Birth Control League (predecessor to Planned Parenthood).  In the same year, she established another birth control clinic in Harlem, a predominantly black section of New York.  She was careful to appoint an advisory panel composed entirely of black Americans, as were most of the staff.

In November 1939, her director of the South for the Birth Control Federation of America wrote a proposal called "Suggestions for Negro Project," which was designed to bring the "good news" of birth control to poor Southern blacks.  He wrote: "There is a great danger that we will fail because the Negroes think it a plan for extermination.  Hence, let's appear to let the colored run it."  Sanger approved the project, responding: "We do not want the word to go out that we want to exterminate the Negro population." 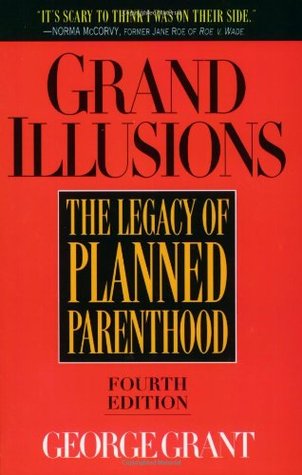 In George Grant's exhaustively researched book Grand Illusions: The Legacy of Planned Parenthood, the author characterized Sanger's program this way:  "The project was quite successful.  Its genocidal intentions were carefully camouflaged beneath several layers of condescending social service rhetoric and organizational expertise."

Arguably, the eugenic war on blacks and other minorities waged by the "evil empire" of Planned Parenthood is an evil well on the level of the Holocaust of the Third Reich.  Hitler's "Final Solution" had an end point: exterminate the Jews once and for all.

Planned Parenthood has been engaged in an ongoing partial extermination of our black brothers and sisters for a century, resulting in the slaughter of about 18.3 million black babies since 1973, almost one third of the 61 million abortions since 1973 and triple the number of Jews murdered by the Nazis.

These modern racial exterminators cannot totally eliminate the black population — and they do not want to — because this would eliminate their major revenue source.  So they must maintain enough of a core population to keep the "unwanted pregnancies" flowing into their eugenic clinics to be stripped of their motherhood, harvested for "spare parts, and "weeded out" of the human family.

In the meantime, pro-life warriors keep begging their victims to come out of the extermination chambers before it's too late.  But the new holocaust rolls on, generation after generation, an ongoing, everlasting genocide.

A new Dr. Josef Mengele arises from the dead in the form of a butcher named Kermit Gosnell.  And millions upon tens of millions of tiny innocent victims are sacrificed on the eugenic altar of Sanger.

And these butchers call us Nazis.

https://www.americanthinker.com/articles/2019/03/the_rolling_genocide_of_americas_blacks.html#ixzz5j7aDbCRl
Posted by Frances Rice at 10:10 AM