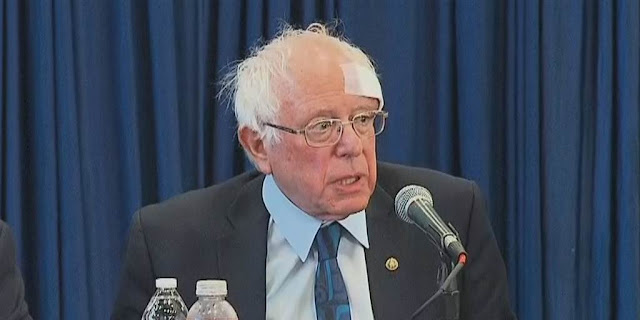 Also see the below related article.

·         He sided with the brutal socialist dictator Nicolás Maduro and refused to call him a dictator. 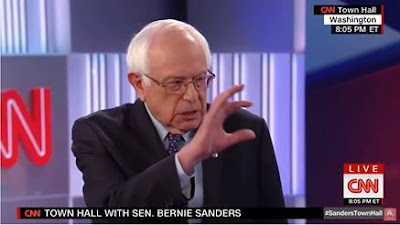 ·         Two of his top staffers have already left his campaign citing creative differences.

·         Struggles still remain for him in South Carolina, with one Democrat saying Sanders is too extreme for South Carolina and doing “greater damage to the party overall.”

·         Despite winning the state in 2016, New Hampshire voters and activists are hesitant to support him again.

·         He was unable to point to specific legislation that he passed to help black people (His 2016 struggle with black voters still exists.) 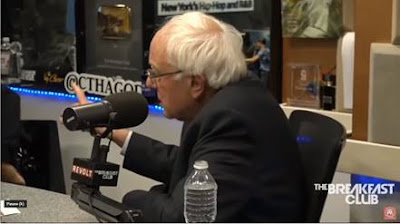 ·         His press secretary pushed anti-Semitic tropes and it was revealed that two of his top advisers have deep ties to the anti-Israel community.

·         He refused to guarantee that America would NOT become a socialist country if elected.

·         He had to apologize for allegations of sexual harassment during his 2016 campaign.

Bottom Line: Bernie’s rough first month has driven home that he is a crazy socialist who supports a radical policy agenda.

Bernie Sanders gets stitches after cutting head on shower door 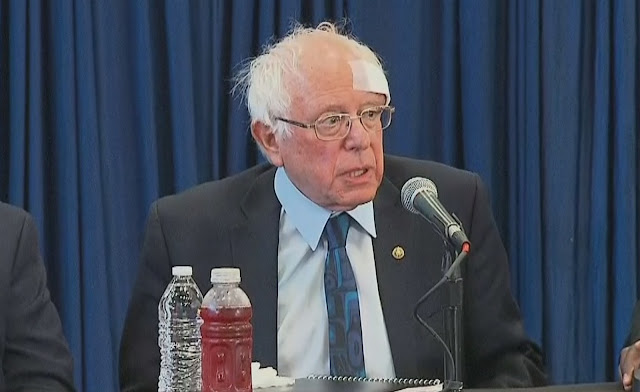 Bernie Sanders speaks at a health care roundtable in South Carolina on March 15, 2019.

2020 campaign is leaving its mark — on Bernie Sanders' head.

The Democratic presidential candidate and Vermont independent senator cut his head on the edge of a shower door, his campaign said on Friday, and visited a walk-in clinic as a "precaution."

"The senator has proceeded with all of his scheduled events," the campaign said in a statement.

Sanders, who was a Democratic contender in 2016 before running again for the 2020 nomination, is 77.

https://www.nbcnews.com/politics/2020-election/bernie-sanders-gets-stitches-after-cutting-head-shower-door-n983776
Posted by Frances Rice at 9:54 AM