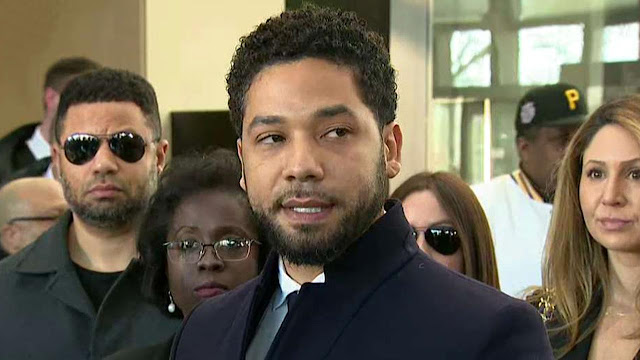 After charges were dropped against "Empire" star Jussie Smollett for allegedly staging his own hate crime, Chicago Police Superintendent Eddie Johnson and Chicago Mayor Rahm Emanuel are furious with the outcome, calling it a "whitewash of justice" that cost the city more than $10,000.

"Where is the accountability in the system? You cannot have because of a person's position one set of rules applies to them and another set of rules apply to everyone else," Emanuel fumed, relating the ruling to the nationwide college admissions cheating scandal that broke earlier this month.

"Our officers did hard work day in and day out, countless hours working to unwind what actually happened that night. The city saw its reputation dragged through the mud ... It's not just the officers' work, but the work of the grand jury that made a decision based on only a sliver of the evidence [presented]," he continued. "Because of the judge's decision, none of that evidence will ever be made public." 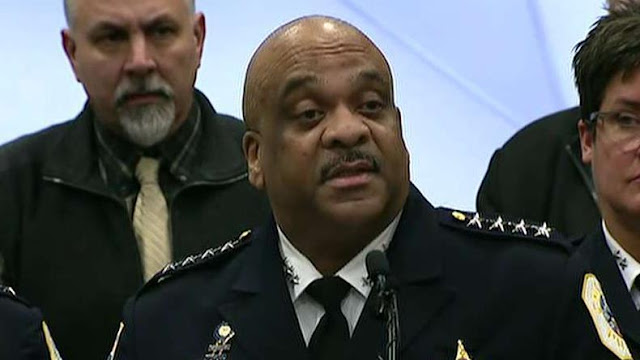 Chicago Police Superintendent Eddie Johnson said, "Our job as police officers is to present them with the evidence ... If someone ever falsely accused me [of a crime], I would never hide behind a brokered deal and secrecy."

"I don't know what's unusual for the state's attorney but we found out about when you all did," he added.

"Prosecutors have their discretion of course, we still have to work with the state's attorneys office, we'll have conversations after this," he said. "At the end of the day it was Smollett who committed this hoax."

Earlier Tuesday, the Cook County State’s Attorney’s office announced that all 16 felony counts against Smollett, 36, were dropped in a nolle pros and the record in the case was sealed. Smollett voluntarily forfeited his bond money and Smollett's attorney, Patricia Brown-Holmes, said the funds would likely go to the city of Chicago.

Brown-Holmes also admonished the Chicago P.D., saying they needed to "investigate claims" before presuming suspects' guilt and trying them in the press.

Johnson told press in February of the case: "I'm left hanging my head and asking why: Why would anyone, especially an African-American man, use the symbolism of a noose to make false accusations? How could someone look at the hatred and suffering associated with that symbol...how can an individual who has been embraced by the city of Chicago turn around and slap everyone in this city by making this false claim? Bogus police reports cause real harm."
Smollett has maintained his innocence and previously pleaded not guilty to all 16 counts against him.

Smollett told police he was attacked by two masked men as he was walking home from a Chicago Subway sandwich shop at around 2 a.m on Jan. 29. The actor, who is black and openly gay, said the masked men beat him, made derogatory comments and yelled "This is MAGA country" — an apparent reference to President Donald Trump's campaign slogan, "Make America Great Again" — before fleeing.

However, the masked men were brothers Abel and Ola Osundairo. The brothers were reportedly observed on surveillance cameras buying the rope that was around Smollett's neck after the attack. Johnson told press that the police pivoted their investigation away from a hate crime and to an allegedly false police report after the Osundairo brotherscooperated with authorities.

He later claimed on "Good Morning America" to have more evidence that hadn't yet been made public that Smollett staged the attack. Johnson told anchor Robin Roberts that he worked with "very closely" with the Osundairos' attorney to investigate the matter and that Smollett was initially treated as a victim, not a suspect, in the case.

"It's not the Chicago police saying [the attack was staged]," Johnson said at the time. "It's the evidence, the facts and the witnesses that are saying it."

The Chicago Fraternal Order of Police President Kevin Graham then alleged that Foxx had illegally interfered with their investigation into Smollett's alleged crime. Graham reportedly wrote to the Justice Department to investigate whether Foxx herself broke any laws related to the probe.

It was Foxx's office that charged Smollett with lying to police.

Smollett's attorneys previously blasted the Chicago P.D.'s conduct, telling Fox News they've "witnessed an organized law enforcement spectacle that has no place in the American legal system. The presumption of innocence, a bedrock in the search for justice, was trampled upon at the expense of Mr. Smollett and notably, on the eve of a Mayoral election. Mr. Smollett is a young man of impeccable character and integrity who fiercely and solemnly maintains his innocence betrayed by a system that apparently wants to skip due process and proceed directly to sentencing.”