She's Delusional: AOC Thinks People Having To Work Is a 'Real Problem' 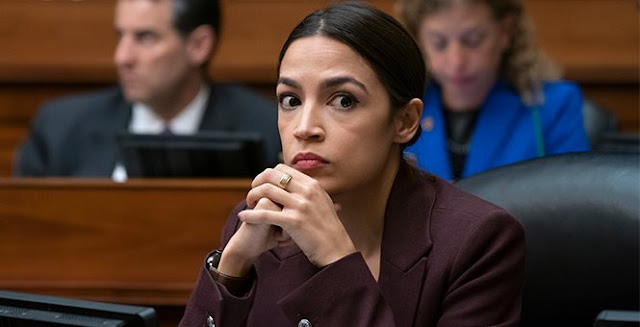 Rep. Alexandria Ocasio-Cortez (D-NY) made an appearance at SWSX. During a talk at the conference, the Congresswoman was asked about the threat of automation and technology eliminating jobs. Her response was strange and not very well thought out.

“We should not be haunted by the specter of being automated out of work,” she said, The Verge reported. “We should be excited by that. But the reason we’re not excited by it is because we live in a society where if you don’t have a job, you are left to die. And that is, at its core, our problem.”

People work to pay bills, to put a roof over their head, food on their table and heat their homes and they should be excited to be put out of a job?

America was founded on rugged individualism, the idea that you can pull yourself up by your boot straps and make something of yourself. The idea is that we can work for what we have, that we don't need the government to step into our lives and take over.

America was founded on the idea of working for what you have, not having it handed to you (like she wants).

“We should be excited about automation, because what it could potentially mean is more time educating ourselves, more time creating art, more time investing in and investigating the sciences, more time focused on invention, more time going to space, more time enjoying the world that we live in,” she said. “Because not all creativity needs to be bonded by wage.”

So...you spend your time being creative and studying random things. That's great in a utopian society but...

How do you determine who gets a house verses an apartment? No one would be more qualified than another because money isn't a thing.

How do you you even get food? If everyone is studying and being a hippie then whose raising meat and growing vegetables for us to eat? Grocery stores wouldn't even be a thing because no one would stock or work at a store. They'd be too busy studying.

These are just basic questions associated that come to mind. But hey, as long as we can all sit together, hold hands and sing Kumbaya, we should all be happy, right? At the end of the day apparently art and education are more important than basic necessities for survival.