BREAKING: Trump Completely Exonerated! No Conclusion. No Obstruction of Justice.


TRUMP WINS!
CAMPAIGN DID NOT COLLUDE WITH RUSSIANS
MUELLER DOES NOT FIND OBSTRUCTION*
NO PROOF OF CRIMES
BARR TEXT 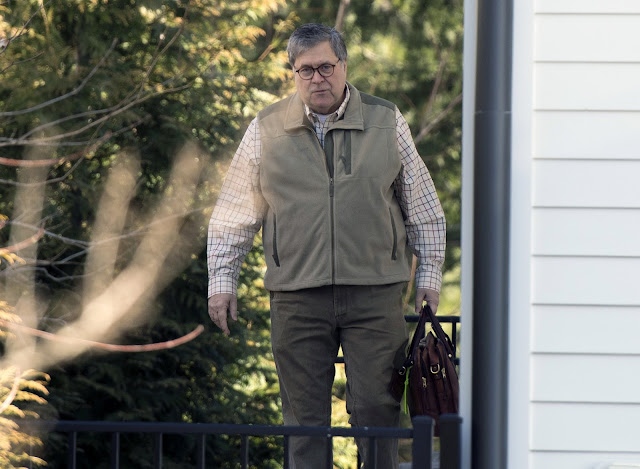 After taking the weekend to pore over the Mueller report, Attorney General William Barr has sent Congress his summary of the "principal conclusions" from the special counsel's 675-day investigation into the Trump campaign's ties to Russia.

The bottom line: "[T]he investigation did not establish that members of the Trump campaign conspired or coordinated with the Russian government in its election interference activities." On the question of obstruction of justice, Barr writes that while Mueller's report "does not conclude that the President committed a crime, it also does not exonerate him."

That’s according to Attorney General William Barr in a letter to Congress summarizing the finding of the Mueller probe.

Barr says Mueller did not reach any conclusions in evaluating the president’s conduct, leaving it to the Justice Department. 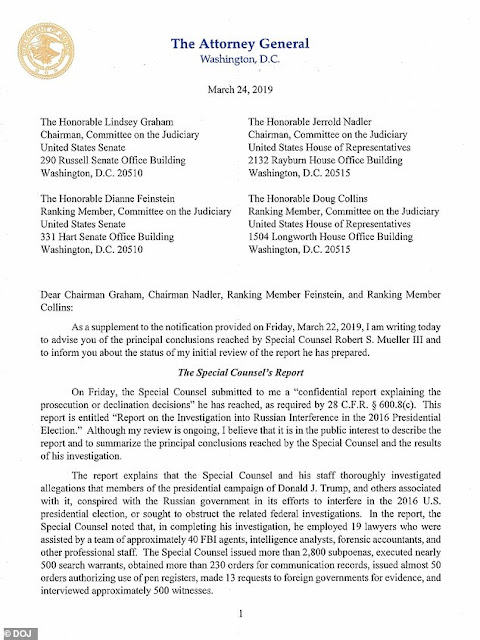 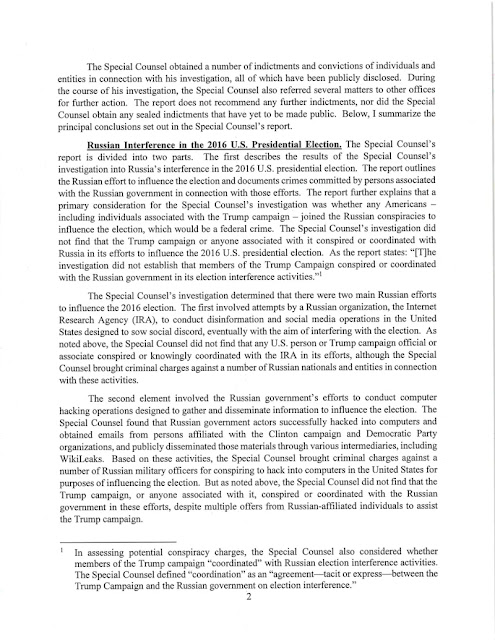 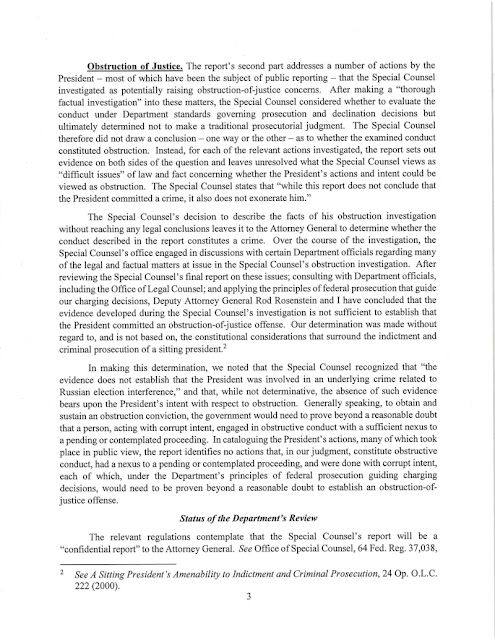 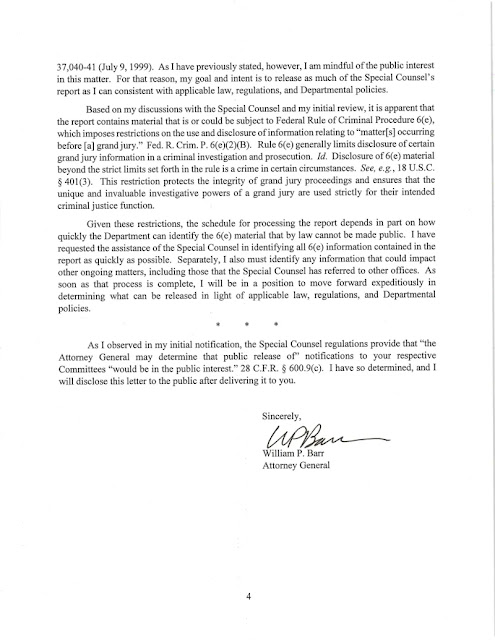