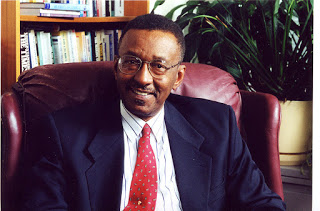 It's often thought to be beyond question that black political power is necessary for economic power and enhanced socio-economic welfare.

That's an idea that lends itself to testing and analysis.

Plus, a black man was elected to the presidency twice.

Jason Riley, a fellow at the Manhattan Institute, tells how this surge in political power has had little beneficial impact on the black community.

In a PragerU video, "Blacks in Power Don't Empower Blacks," Riley says the conventional wisdom was based on the notion that only black politicians could understand and address the challenges facing blacks.

Gary Orfield says, "There may be little relationship between the success of ... black leaders and the opportunities of typical black families." Riley says that while many black politicians achieved considerable personal success, many of their constituents did not.

After the 2014 Ferguson, Missouri, riots, which followed the killing of Michael Brown after he charged a policeman, much was made of the small number of blacks on the city's police force.

Riley asks: If the racial composition of the police force is so important, how does one explain the Baltimore riots the following year after Freddie Gray died in police custody?

Baltimore's police force is 40 percent black. Its police commissioner is black. Its mayor is black, as is the majority of the City Council.

What can be said of black political power in Baltimore can also be said of Cleveland, Detroit, Philadelphia, Washington, Atlanta and New Orleans. In these cities, blacks have been mayors, police chiefs, city councilors and superintendents of schools for decades.

By contrast, when blacks had little political power, they made significant economic progress.

During the 1940s and '50s, black labor force participation rates exceeded those of whites; black incomes grew much faster than white incomes.

Between 1940 and 1970, the number of blacks in middle-class professions quadrupled.

Keep in mind that was before affirmative action programs.

Riley says that racial gaps were narrowing without any special treatment for blacks.

The fact that political success is not a requirement for socio-economic success -- and indeed may have an opposite effect -- doesn't apply only to blacks.

By almost any measure of socio-economic success, Japanese and Chinese are at or near the top.

Riley asks, "How many prominent Asian politicians can you name?"

By contrast, Irish-Americans have long held significant political power yet were the slowest-rising of all immigrant groups.

Riley says that the black experience in the U.S. has been very different from that of other racial groups.

Blacks were enslaved. After emancipation, they faced legal and extralegal discrimination and oppression.

[Editor's Note: See “The Parties Did Not Switch Sides - Update: The Republican Party is The Party of Civil Rights.” http://blackrepublican.blogspot.com/p/the-party-of-civil-rights-by-kevin-d.html ]


But none of those difficulties undermines the proposition that human capital, in the forms of skills and education, is far more important than political capital.

Riley adds that the formula for prosperity is the same across the human spectrum. Traditional values -- such as marriage, stable families, education and hard work -- are immeasurably more important than the color of your mayor, police chief, representatives, senators and president.

As Riley argues in his new book -- "False Black Power?" -- the major barrier to black progress today is not racial discrimination.

The challenge for blacks is to better position themselves to take advantage of existing opportunities, and that involves addressing the anti-social, self-defeating behaviors and habits and attitudes endemic to the black underclass.