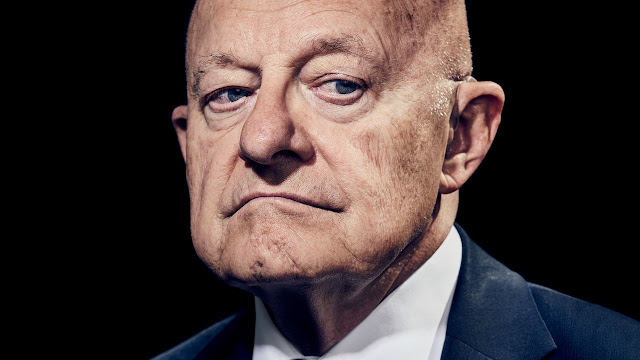 You don’t have to be a cockeyed optimist to believe that, although times are tough, they could be worse. Just imagine the mess if James Comey were still running the FBI.

Near the end of his forceful Thursday interview, Fox News anchor Bret Baier asked Comey if he would have kept working for President Trump had the president not fired him.

“Yes,” Comey said. “In fact, that was my intention. To serve another six years.”

Yikes. Thank heavens — and Trump — Comey didn’t get the chance to corrupt the FBI for a minute longer, let alone six more years.

Comey’s book tour is a phenomenon possible only in the Age of Trump. He is treated like a star because he delivers catnip to the hate-Trump media, as when he condemns the president as “like a crime boss who’s morally unfit.” The book, “Higher Loyalty” has sold more than 600,000 copies and the president feeds the circus by calling Comey a “leaker and a liar.”

Most authors would die for such attention and sales, but Comey is paying a reputational price for his windfall. The more he talks, the more he inadvertently proves Trump’s case that something was very rotten in Washington and that Comey himself was unfit to lead the FBI.

Consider his comments to a New York bookstore audience.

He called them the “ballast of the country” and said “No president in a single term could screw it up…It would take generations, and that should comfort us.”

That depends on who “us” is and whose “values” are being pushed.

In a vacuum, the notion of seasoned professionals making the government run is unremarkable. But against the backdrop of continuing revelations of serious misconduct in those agencies during the Obama administration, there is no comfort for the millions of Americans who believe insiders abused their powers for partisan purposes.

They see the “deep state” as a sinister force aiming to hijack an election and, when that didn’t work, undermine a fairly elected president. They also see a system with one set of laws for those favored by the government and a different set for everyone else.

Comey, as an ambitious insider, was both a beneficiary and a perpetrator of this double standard of justice.

He continues to insist that his investigation of Hillary Clinton was clean, even as he says he didn’t trust the actions of his boss, Attorney General Loretta Lynch. He insists the Trump probe was not affected by the anti-Trump sentiments of top officials Peter Strzok and Lisa Page, who texted about an “insurance plan” in case Trump won, or the lies to investigators of his top deputy, Andrew McCabe.

His claim that he saw no bias is laughable — they were all biased in the same way, agreeing that Trump should not be president!

In a truly bizarre claim, Comey said on Fox he isn’t certain the Russian dossier was paid for by Clinton and the Democratic Party.

That doesn’t pass the smell test, and, even if true, would mean the probe was incompetent. The political motivation behind the dossier is a key fact when judging its credibility, as are the openly-partisan leanings of investigators.

Yet to hear Comey talk, none of this matters. All that matters is that we should trust him to do the right thing, which happens to be whatever he says it is.

That includes giving a “friend” memos he wrote to leak them to the media. Oops — it’s not a leak when he does it.

Nor does he see anything wrong in writing a scathing book based on his private meetings with the president, even though he leaves an unprecedented stain on the FBI.

Comey’s self-aggrandizement is apparent with his claim that he tried to “protect the independence” of the agency, as if it were a separate branch of government, accountable to no one.

What happened at the FBI under Comey in 2016 was not “ballast.” It was a clear and present danger to America.

This is the “deep state” in reality, not the idealized one he depicts.

A final example involves how the most salacious aspects of the Russian dossier were published. Comey writes that he briefed President-elect Trump on the alleged prostitute saga, telling him that “media like CNN had the dossier and were looking for a news hook” to publish it.

Presto — two days after that briefing, CNN broke the news that Comey had discussed the dossier with Trump, making the meeting the news hook CNN sought. The source of that story appears to be James Clapper, Obama’s Director of National Intelligence — and now a CNN contributor.

But when confronted with evidence to the contrary, he changed his story.

The report says “Clapper subsequently acknowledged discussing the ‘dossier with CNN journalist Jake Tapper,’ and admitted that he might have spoken with other journalists,” according to The Federalist.

One more fact: Comey said he briefed Trump on the dossier at Clapper’s suggestion.

That’s the deep state in action. 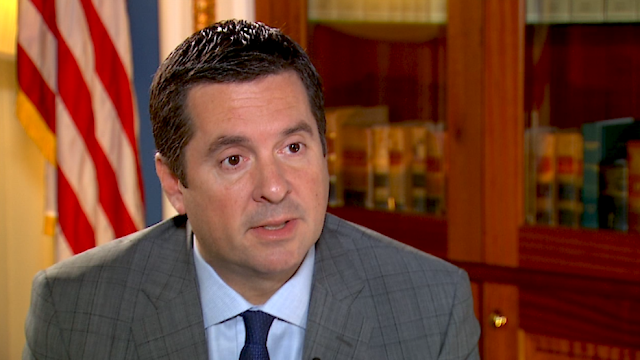 The House Intelligence Committee on Friday declared that it found “no evidence” of collusion between the Russian government and Trump campaign during the 2016 presidential election, releasing a heavily redacted final report on its yearlong Russia investigation.

The Republican-authored report -- released over Democratic objections -- stated the committee “found no evidence that the Trump campaign colluded, coordinated, or conspired with the Russian government.” The committee did, however, “find poor judgment and ill-considered actions by the Trump and Clinton campaign.”

President Trump, reacting to the report moments after its release, hailed its findings and said the Russia "Witch Hunt" must end, in an apparent swipe at Special Counsel Robert Mueller's ongoing investigation.

The more than 250-page report was heavily blacked out, however, and the leader of the investigation slammed the intelligence community for their “overzealous redactions.”

“I am extremely disappointed with the overzealous redactions made by the IC. Many of the redactions include information that is publicly available, such as witness names and information previously declassified,” investigation leader Rep. Mike Conaway, R-Texas, complained in a statement Friday.

“I will continue to challenge the IC’s many unnecessary redactions with the hopes of releasing more of the report in the coming months.”

The committee’s investigation was based on four topics: Russian active measures against the 2016 U.S. election, the U.S. government’s response to the attack. Links between Russians and the Trump and Clinton campaigns, and purported leaks of classified information.

The committee also found that there was “no evidence that Trump campaign associates were involved in the theft or publication of Clinton campaign-related emails, although Trump associates had numerous ill-advised contacts with WikiLeaks.”

The committee outlined “poor judgement” practiced by both campaigns, though, citing the June 2016 meeting at Trump Tower between members of the Trump campaign and Russian lawyer Natalia Veselnitskaya “who falsely purported to have damaging information on the Clinton campaign demonstrated poor judgement.”

“The Committee also found that the Clinton campaign and the DNC, using a series of cutouts and intermediaries to obscure their roles, paid for opposition research on Trump obtained from Russian sources, including a litany of claims by high-ranking current and former Russian government officials,” the report read. “Some of this opposition research was used to produce sixteen memos, which comprise what has become known as the Steele dossier.”

The release of the full report comes after committee leaders announced key findings last month, prompting a war of words between Republican and Democratic members.

The GOP majority at the time reported finding no evidence of collusion between Russia and Trump campaign associates.

They also said that based on the investigation, the controversial anti-Trump dossier compiled by British ex-spy Christopher Steele “formed an essential part of an application” to the Foreign Intelligence Surveillance Court to obtain electronic surveillance on Trump adviser Carter Page.

Conaway took over the probe when House Intelligence Chairman Devin Nunes, R-Calif., stepped down in April 2017 after he was accused of making “unauthorized disclosures of classified information, in violation of House Rules, law regulations, or other standards of conduct.”

But the top committee Democrat blasted Republicans last month for “prematurely” shutting down the panel’s Russia probe and renewed their criticism on Friday.

“Notwithstanding the decision by the Majority to end its work and turn its attention to counter-investigations designed to serve the President’s interests, the Minority’s work on the Russia investigation continues,” Rep. Adam Schiff, D-Calif., said in a statement Friday. “We will continue our investigation using every means at our disposal; to do otherwise would ignore our responsibility to conduct meaningful oversight and insure that the Russians do not possess leverage over the President of the United States.”