Kanye Exposes Liberals and Progressives as the New Reactionaries 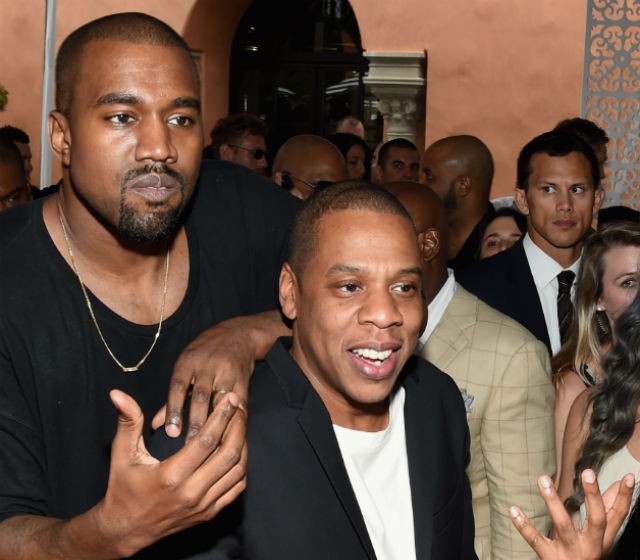 When Kanye West again declared himself a Trump supporter on Twitter, going so far as to publish a photo of his POTUS-autographed MAGA hat, literally millions of Americans immediately got the vapors. 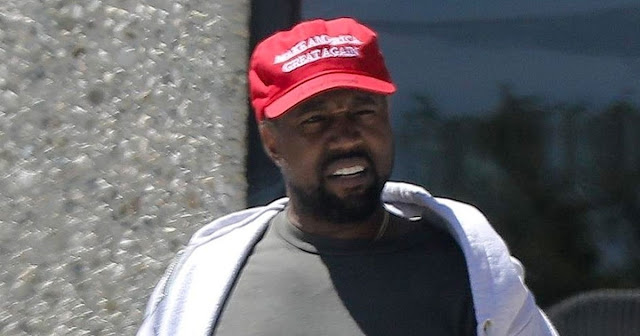 Either that or the Twitter gestapo got their revenge -- unless the sudden disappearance of huge numbers of the rapper's followers is merely an "inconsistency"?

Many declared West had “gone off the deep end,” gone crazy, although the man was demonstrably more brilliant and more creative than 99.9% of his decriers.

That these same people are the most slavish and pathetic conformists is the least of this. What these attacks on Kanye demonstrate in bold face is what has lurked beneath the surface for a long time -- liberals and progressives are the reactionaries of our time.

It is also a further demonstration of a near complete lack of intellectual curiosity or emotional imagination, an inability to grasp the "remote" possibility that a highly intelligent black man could possibly think differently from them. Something must be wrong with him. Could anything possibly be wrong with them?  Nah!

When I was a young fellow traveler with the New Left (circa 1965), it was the worst accusation you could make.  A reactionary was someone who was living in the past, taking us backwards, what the Trotskyites called the Stalinists -- and vice-versa.

Back then, a group of people, Tom Hayden and others, anxious to breathe new life into a Marxist ideology seriously tarnished by Stalin's supposedly-accidental"excesses," promulgated, in the Port Huron Statement, a socialism "with a human face."

It was propaganda, of course, aimed at themselves as much as others, but this Generation of 1968 product was remarkably successful, beyond their wildest dreams, I would guess.   Over the decades and into today, they were able to infiltrate just about every aspect of our culture, creating an atmosphere where -- in nearly every aspect of our society -- nothing was good as is or even relatively satisfactory.

Therefore, the fight must always go on.  Perpetually.

And at the heart of this fight -- as if to differentiate from the Stalinists -- was the idea of race. We were naturally imperialists and racists. We were born that way.  That accusation would be primary, even though the Civil Rights Act was signed into law in 1964 and such discrimination made illegal.

That meant things like the civil rights movement would always have to go on as they were because, in Marxist parlance, "the struggle continues."  (La lucha continua, etc.) And on and on until this day.

People like Maxine Waters and Al Sharpton now are no different from what they were then -- only richer. But they're still fighting, still tilting against racist and sexist windmills, even if they're not there.  And if they are not there, then they will manufacture them, so they are able to fight them.

And so, over the years, developing and evolving from them are now several generations of "mini-me's," spouting the same rhetoric, sometimes exactly, sometimes finding new variations of the same tunes, as Social Justice Warriors, etc.   It's now the very air we breathe.

So along into all this comes a dude like Kanye.  He finds this vision stultifying and, dare I say it, boring.  He thinks he's more than race.  Imagine that.  He must be crazy, although race may be -- of all things -- biologically meaningless.

Scientists have long suspected that the racial categories recognized by society are not reflected on the genetic level. But the more closely that researchers examine the human genome -- the complement of genetic material encased in the heart of almost every cell of the body -- the more most of them are convinced that the standard labels used to distinguish people by ''race'' have little or no biological meaning.

Somehow I think this would have pleased MLK.  As I remember the civil rights movement from my own participation, we were all fighting for integration.

Well, not all, but most of us.

We were, like Kanye today, fighting for a world where race is irrelevant.  Liberals and progressives of today seem to be doing the reverse.  Not only are they reactionaries taking us backwards, they're segregationists.

This is especially true on our college campuses, which have turned into nightmares of racial separatism.  No wonder so many young people are in turmoil from Kanye's tweets.  They can't stand his rationality -- and basic decency. In fact, they've barely been exposed to such a thing.

What West's saying in his fashion makes simple common sense -- we are all individuals and should be judged accordingly.  We should also have the freedom to act as individuals, not as slaves to some ideology or world view or, worst of all, somebody's idea of political correctness -- or finally as a black man, a yellow man, or any kind of color man.

If Kanye West were to be in a mental hospital for his thoughts, the sane man would be inside the asylum and the crazy people without. I think I've heard that somewhere before.

Roger L. Simon - novelist, screenwriter and co-founder of PJ Media - was recently interviewed on his work by CSPAN'S BookTV.  You can find that interview here