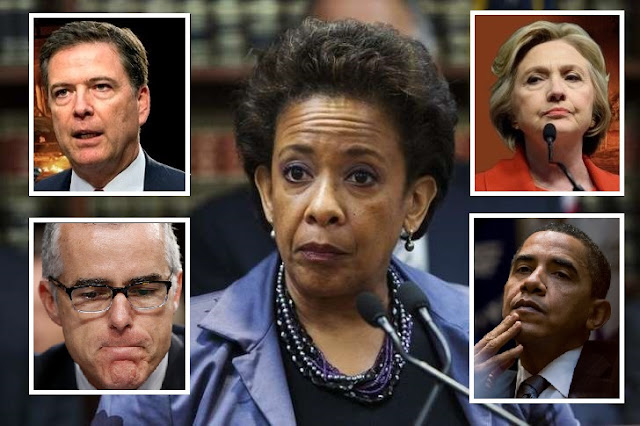 Attorney General Jeff Sessions already announced last month he had assigned a federal prosecutor to review some of those broader issues, while resisting calls for a second special counsel. But the referral represents an escalation of Republican pressure to probe top Democrats and Trump critics.
Rep. Ron DeSantis, R-Fla., and 10 other House lawmakers want an investigation into potential violations that cover everything from the handling of the Clinton email probe to the anti-Trump dossier’s funding to the Uranium One controversy. They made their case in a letter sent Wednesday to Sessions, FBI Director Christopher Wray, and U.S. Attorney John Huber, whom Sessions named to lead the previously announced evaluation.

Complaining about “dissimilar degrees of zealousness” in the investigations into Clinton and Trump campaign associates, they wrote:

“Because we believe that those in positions of high authority should be treated the same as every other American, we want to be sure that the potential violations of law outlined below are vetted appropriately.”

They named Comey, Clinton, Lynch, McCabe, FBI agents Peter Strzok and Lisa Page and several others as figures who should be investigated.

The Comey section focused in part on a statement Comey drafted before interviewing Clinton as part of the email probe. Republicans have long called it an exoneration statement that effectively cleared her months before the case was over.

The GOP letter suggested this presents a conflict with Comey’s September 2016 congressional testimony in which he said they made the decision not to recommend criminal charges after interviewing Clinton.

“They made this determination months before,” DeSantis, who is running for Florida governor, told “Fox & Friends.” “The lack of candor with the Congress is something that needs to be investigated.”

Comey brushed off the claims during an interview Wednesday on ABC’s “The View.”

Asked about the letter, Comey said "the accusations are not true," but added that he has confidence in the inspector general, which is already reviewing the handling of the email probe.

"Let's let the institution do its work," he said.

Comey also defended the early draft statement on the conclusion of the Clinton case in his newly released book.

“Any investigator or prosecutor who doesn’t have a sense, after nearly a year of investigation, where their case is likely headed, is incompetent. Prosecutors routinely begin drafting indictments before an investigation is finished if it looks likely to end up there, and competent ones also begin thinking how to end investigations that seem likely to end without charges,” Comey explained in "A Higher Loyalty."

The potential violations they cited included perjury and unauthorized removal of classified documents – though Comey has maintained the memos did not contain classified material.

As for Clinton, the GOP lawmakers cited a single concern – that a lawyer representing her 2016 campaign paid the firm behind the research that led to the controversial anti-Trump dossier. The letter argued that they disguised the payments by not properly disclosing them to the Federal Election Commission.
A Clinton spokesman slammed the referral as “pathetic” and politically motivated.

“House Republicans have seen the numbers and are running scared as we head into midterm season. They should focus on working for the people they are asking to reelect them, not do Trump’s bidding. It’s pathetic,” Nick Merrill said.

The referral's Lynch section cited an alleged threat of “reprisal” against an informant in the Uranium One case, which dealt with the controversial Obama administration deal that gave Russia partial control over the U.S. uranium supply.

The lawmakers also hit McCabe over the same issues raised in a recent DOJ inspector general report that found he leaked to the media and later lied about it. The former FBI deputy director was fired last month by Sessions just days before he would have been eligible for a lifetime pension after it was determined that he misled investigators.

The section on Strzok and Page focused on their “interference in the Hillary Clinton investigation.” The two FBI officials, who worked on Special Counsel Robert Mueller’s team for a short period and were romantically involved, frequently shared anti-Trump text messages.

Lastly, the lawmakers asked that Sessions investigate personnel connected to the “compilation of documents on alleged links between Russia and then-presidential candidate Donald Trump known as the 'Steele dossier.'"

The letter cites those individuals as McCabe, Comey, former Acting Attorney General Sally Yates and FBI General Counsel Dana Boente, among others.
The dossier was presented to the Foreign Intelligence Surveillance Court (FISC) to obtain a warrant to conduct surveillance on Trump campaign adviser Carter Page.

Comey signed three FISA applications for Page, while McCabe and current Deputy Attorney General Rod Rosenstein (who oversees the Russia probe), Yates and Boente each signed at least one.

In a footnote to the letter, the lawmakers wrote that “due to the possible involvement of Deputy Attorney General Rod Rosenstein in signing an application for continued surveillance on Carter Page, Rosenstein should be recused from any examination of FISA abuse.”