How can a member of Congress afford a $4.5 million Los Angeles mansion that takes up half a city block in one of the most affluent neighborhoods in the country?

Ask her about her other two homes as well, worth another approximate $850,000 to $1.1 million.  Savvy real estate acquisitions for a public servant with a $174,000 House of Representatives salary.  Whoops, almost left out Maxine's time share property in Palm Springs, California.  Add that to her list.

Only one of her homes is located in the gritty Los Angeles congressional district which she was elected to represent.  Her exclusive estate is miles north … well outside her congressional district … far away from Los Angeles street crime, murder and the folks she is supposed to help.  Apparently, Maxine has addressed concerns about help.  A private company maintains her property and impressive manicured landscaping at the mansion.

Oh, we almost forgot this too.  Maxine Waters' posh 6,000 square foot Los Angeles estate is protected with wrought-iron gates at the front doors and gates for driveways and patios on each side of the Mediterranean style abode.  And add a long brick wall that protects the side of the sprawling property. There are some gates and fencing in the back also, near the custom barbecue area and the detached structure that houses Maxine's newly built indoor pool.  Or is the swimming pool in the main house?  We'll have to ask the butler.

For someone who touts a wall-free society where illegal aliens can roam free, Maxine Waters sure seems concerned about gates and walls to protect her in the Los Angeles mansion.  Perhaps she's worried the wayward homeless or DREAMers might pool hop or grille a Salisbury steak while she's busy on CNN railing about President Donald Trump or how she really cares about financially-strapped Americans struggling to make ends meet.

The Maxine Waters estate boasts large scale rooms touted as "perfect for gracious entertaining" in one Los Angeles based publication.  It includes a "stunning entry with a dramatic staircase, lovely pecan paneling in the family room and the guest house too!”

Who keeps an eye on the place when Maxine is on the east coast fighting world poverty and hunger?  Her neighbors include the mayor of Los Angeles, singer Chris Brown, Norman Chandler, the owner of the Los Angeles Times, actor Neal McDonough, Lord Baltimore's Christian Audigier, among many others including the former Tudor Revival style mansion of deceased oil magnate J. Paul Getty.  The mayor of Los Angeles resides in the former mansion of Getty.  He's a Democrat too.

And all this time Maxine had America conned into believing she was elected to her Washington, D.C. post to help the downtrodden folks struggling in poverty-plagued inner cities like the one in her backyard.  Well, not that backyard.  That could get dicey.  Those folks might want to get out of the sun and use the air-conditioned indoor pool area.  What, your 100-year-old imported marble floors are too good for the homeless? 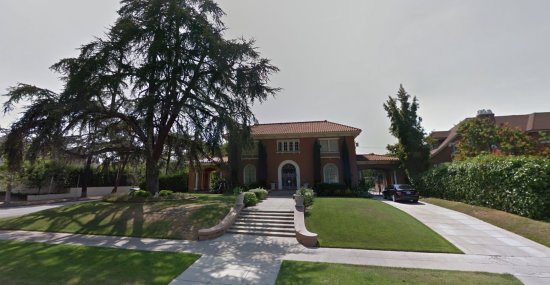 Built in 1924, Maxine Waters' Mediterranean-style estate is worth $4.5 million today.

Wait, it even gets more ridiculous.  We found approximately 17 building permits on file since Waters purchased this home in 2004.  Waters had many additions built on the nearly 100-year old property, costing another estimated $1 million-plus, according to our math.  Likely more. She commissioned the indoor pool built and even paid a plumber to pipe hot and cold water, as well as propane gas to her outdoor grilling area and custom kitchen..  She added a pergola too, building records show an additional 15’ X 18' custom patio cover  Hey, before you judge:  It gets hot in Los Angeles and shade is a premium.  Ask any homeless veteran.

Some of the building permits filed on the Tony Windsor Square section home provided details like "Interior remodel in kitchen family room and master bathroom … addition of French doors and windows relocate windows remove interior walls … addition of shear walls and beams at ground floor.  Many other permits did not give explanations of the home improvement work.

A typical Democratic phony loaded with multiple homes, cash and the walls and iron to protect them from would-be troublemakers.  Maxine Waters, who rails about President Donald Trump's financials’ and tax returns, filed her most recent financial disclosure form with Congress in 2015.  She lists her approximate net worth in the $450,000 range.  That's a mere fraction of the amount of the home improvements made to her Los Angeles estate.  Maxine Waters lists the mortgage on her Los Angeles mansion at somewhere between $1 million and $5 million.  What's a few million between D.C. friends?

Please tell us again, Maxine:  Who should be investigated and impeached?

Maxine rants about the plague of homelessness and the GOP's contribution to it.  The irony is thick.  It’s worth clicking and watching the video and reading the story while she talks about poverty in America. 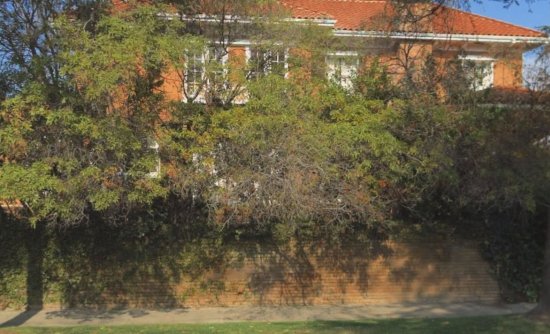 Flanked by a long brick and landscaped wall that runs half a city block. 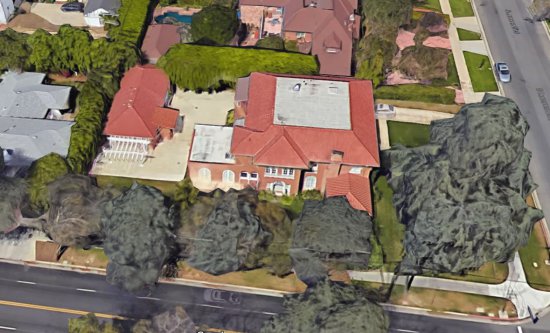 The sprawling property dwarfs the two properties behind it. 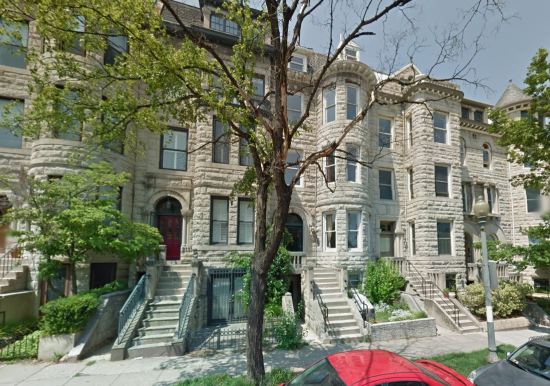 Spread this far and wide around the country to let everyone know what a hypocritical crazy crook old mad Maxine is.  How does this looney leftist pay the taxes and maintain all the properties on a $174K gov't salary?


The obvious answer is that she cannot possibly maintain and pay the taxes on those properties on a $174,000 salary She is obviously being fed money under the table through her vast corrupt, kickback system.