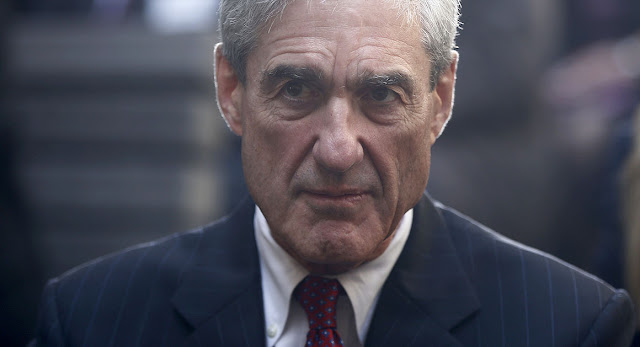 Cohen in the crosshairs

The New York Times has broken the story that the FBI raided the office of longtime Trump personal attorney Michael Cohen today.

The Wall Street Journal amplifies the story to add that the raid extended beyond his office to include his home and Manhattan hotel room.

The searches were executed at the direction of the Manhattan U.S. attorney’s office, which has opened an investigation that is being coordinated with the office of special counsel Robert Mueller, this person said.

Steve Ryan, a lawyer for Mr. Cohen, in a statement Monday confirmed the search.

“Today the US Attorney’s Office for the Southern District of New York executed a series of search warrants and seized the privileged communications between my client, Michael Cohen, and his clients,” Mr. Ryan said. “I have been advised by federal prosecutors that the New York action is, in part, a referral by the Office of Special Counsel, Robert Mueller.”

Mr. Ryan called the use of search warrants “completely inappropriate and unnecessary” and said it had “resulted in the unnecessary seizure of protected attorney client communications between a lawyer and his clients.”

He added: “These government tactics are also wrong because Mr. Cohen has cooperated completely with all government entities, including providing thousands of non-privileged documents to the Congress and sitting for depositions under oath.”

We don’t know what yet what it all means, although it becomes clearer every day that President Trump is in a political death struggle with the authorities operating under his nominal control.


The FBI Escalates Its War on the Trump Administration

Scott wrote earlier about the FBI’s raid on the home and office of President Trump’s long-time lawyer, Michael Cohen. I want to add my own thoughts in a separate post.

News reports indicate that the FBI raid resulted, at least in part, from a referral by Robert Mueller.

Donald Trump allegedly spent one illicit evening with Ms. Daniels 12 years ago, when he was a private citizen. (Lacking personal knowledge, I assume the allegation is probably true.) That might be a big deal to Melania Trump, but to the rest of us it is utterly irrelevant.

What makes the encounter “news” is the fact, acknowledged by Mr. Cohen, that he paid Daniels $130,000 for a non-disclosure agreement in October 2016. Such a payment is entirely legal and (relatively speaking) proper.

I regard the claim that this payment was a “campaign contribution” as frivolous.

So here’s the situation: the Special Democratic Party Prosecutor and the Department of Justice, in the person of the FBI and the U.S. Attorney’s office for the Southern District of New York, have nothing better to do than investigate a 12-year-old, one-night consensual encounter involving Donald Trump.

Apparently, actual crime in New York is a thing of the past. Organized crime is extinct; political corruption is non-existent; illegal immigration has ceased; violent crime is unknown.

Stormy Daniels is the most pressing item on the law enforcement agenda.

It is blindingly obvious that this whole story, and the leak thereof, is a political attack on President Trump by the Democratic Party.

There is only one serious question: Didn’t President Trump appoint the current Director of the FBI, Christopher Wray? And the Attorney General, Jeff Sessions? Yes, he did. So why is DOJ making war on the president?

The answer is that Trump and his appointees do not control the departments they ostensibly run.

Liberals tell us that at DOJ, it is critically important that political appointees not interfere with the “career professionals” who do all the work. I say, bullshit.

The “career professionals” are just Democratic Party lifers who have risen to the top of the bureaucracy, often by avoiding any actual, risky work.

I’m not talking about FBI agents on the street, or the majority of Assistant U.S. Attorneys. (U.S. Attorneys, of course, are political appointees.)

I’m talking about career bureaucrats like James Comey, Bob Mueller, Andy McCabe, and so on.

They should order them to direct their efforts toward legitimate law enforcement ends, not toward Democratic Party activism. Those who refuse should be fired.

We are witnessing, as Scott says, “a political death struggle with the authorities operating under [President Trump’s] nominal control.”

President Trump and his loyal appointees need to assert the powers that the voters have given them.