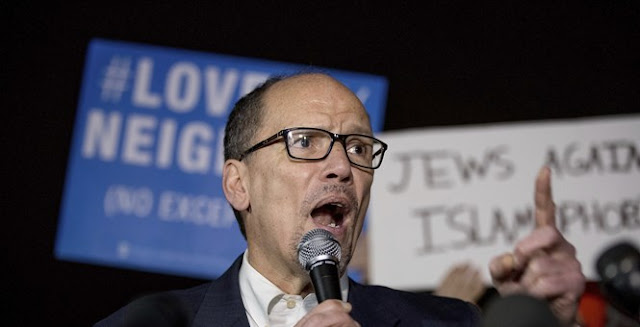 The cash-strapped Democratic National Committee has decided to be clown itself further by suing Wikileaks, Russia, and the Trump campaign for collusion during the 2016 election.

For a party that’s tired of the media talking about Hillary and 2016, this is a way to keep both issues front and center.

It’s going to re-open the wounds between the left and far left of the Democratic Party, erecting another obstacle for unity as the party heads into the 2016 election.

Now, if you’re a Democrat, it keeps Russia in the news, as the interest in it has flat lined (for quite some time now; no one cares), though depositions and other points of investigation and discovery can be executed; CBS This Morning’s Leslie Sanchez gave rundown into how a Democrat would view this move by the DNC.

Well, some of them at least.

a) it still doesn’t resolve the allegations the progressive Left has hurled at the DNC, which is that they colluded with the Clinton campaign to torpedo Bernie Sanders; and

b) they’re virtually bankrupt. The DNC had to take out a $2 million loan to keep the lights on. They’re millions of dollars in the hole.

And even members of their own party see this as a bunch of baloney.

Rep. Jackie Speier (D-CA) said this was an “ill-conceived” exercise, and that she does not support it.

As Cortney noted earlier this morning, the RNC has plenty of cannon fodder.
For McCaskill, you can see why she would probably say this, given that she could be fighting for her political life, and that voters in a state where Trump won by double-digits probably wouldn’t be thrilled to see her give a robust endorsement of this political stunt.

Yet, Speier has nothing to worry about it. She’ll probably represent her district until the end of her days unless redistricting forces her into a primary.

It takes a lot for a California liberal, who is anti-Trump and from a state where this Russian collusion nonsense is digested daily, to tell her party’s committee apparatus that this is a dumb, dumbmove.

After over a year of investigating, there is zero evidence to suggest there was collusion between the Russians and the Trump campaign.

The Comey memos, which were supposed to contain some bombshell from the former FBI director about these allegation, yielded nothing; it barely last 24 hours in the news cycle.

Democrats cannot stand that they lost in 2016.

They can’t lose; they’re so awesome, or something.

So, because of that—they had to be cheated.

Or maybe they had a terrible candidate with no charisma, economic message, or political skill that though she could win, despite these awful flaws, while also calling half the nation deplorable for supporting Trump. Doesn’t sound like a big baseline to win.

Trump was not heavyweight either a candidate, but he spoke to the voters’ interests, spoke about jobs, visited their communities, and made himself as a cheerleader for the country; liberals are incapable of doing that because they’re obsessed in their campaign to tear down America.

Hillary lost. She will never be president. Acceptance is a natural part of the process during grieving.

On a side note, MSNBC’s Mika Brzezinski had Mimi Rocah, the former Assistant U.S. Attorney for the Southern District of New York, on this morning’s broadcast of Morning Joe, where she said her first reaction to the lawsuit was “oh no, please don’t.”

She said that as a prosecutor it’s important to control the flow of information in your case. She said it was not good if you’re Mueller or are working on his team.

Brzezinski added this is yet another time the Democrats seem incapable of hitting a homerun concerning the timing, to which Politico’sJake Sherman said there was little disagreement over that with elected Democrats on the Hill.

Sherman said Democrats “like their party is focused on Russia almost maniacally to the detriment of every other issue that matters.”