Racial Seismic Shift? Kanye: Trump is My Brother and the Mob Can’t Stop Me From Liking Him 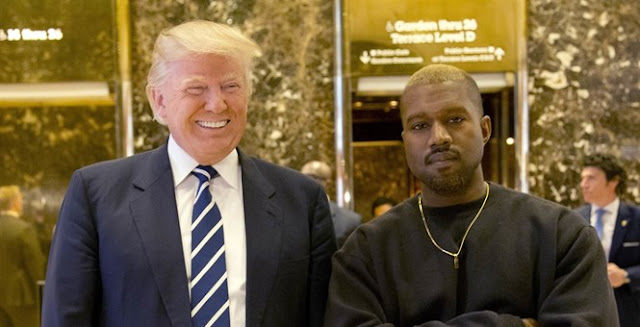 Music artist Kanye West has been under fire for days by leftists after daring to praise conservative Candace Owens, President Donald Trump and free thinkers in general.

You don't have to agree with trump but the mob can't make me not love him. We are both dragon energy. He is my brother. I love everyone. I don't agree with everything anyone does. That's what makes us individuals. And we have the right to independent thought.

Free thinkers don't fear retaliation for your thoughts. The traditional thinkers are only using thoughts and words but they are in a mental prison. You are free. You've already won. Feel energized. Move in love not fear. Be afraid of nothing.

If your friend jumps off the bridge you don't have to do the same. Ye being Ye is a fight for you to be you. For people In my life the idea of Trump is pretty much a 50 50 split but I don't tell a Hillary supporter not to support Hillary
I love Hillary too.

I love when people have their own ideas. You don't have to be allowed anymore. Just be.

Love who you want to love. That's free thought. I'm not even political. I'm not a democrat or a republican

my wife just called me and she wanted me to make this clear to everyone. I don't agree with everything Trump does. I don't agree 100% with anyone but myself.
-------