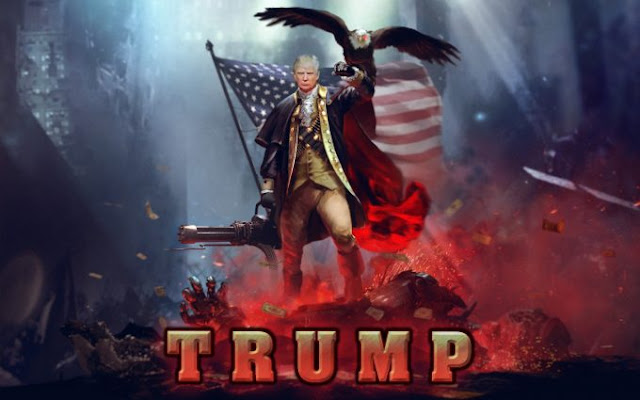 The proverbial knot of Gordium was impossible to untie. Anyone clever enough to untie it would supposedly become the king of Asia. Many princes tried; all failed.

When Alexander the Great arrived, he was challenged to unravel the impossible knot. Instead, he pulled out his sword and cut through it. Problem solved.

Donald Trump inherited an array of perennial crises when he was sworn in as president in 2017. He certainly did not possess the traditional diplomatic skills and temperament to deal with any of them.

In the last year of the Barack Obama administration, a lunatic North Korean regime purportedly had gained the ability to send nuclear-tipped missiles to the U.S. West Coast.

China had not only been violating trade agreements, but forcing U.S. companies to hand over their technological expertise as the price of doing business in China.

NATO may have been born to protect the European mainland, but a distant U.S. was paying an increasingly greater percentage of its budget to maintain NATO than were its direct beneficiaries.

Mexico keeps sending its impoverished citizens to the U.S., and they usually enter illegally. That way, Mexico relieves its own social tensions, develops a pro-Mexico expatriate community in the U.S. and gains an estimated $30 billion a year from remittances that undocumented immigrants send back home, often on the premise that American social services can free up cash for them to do so.

In the past, traditional and accepted methods failed to deal with all of these challenges. Bill Clinton's "Agreed Framework," George W. Bush's "six-party talks" and the "strategic patience" of the Obama administration essentially offered North Korea cash to denuclearize.

American diplomats whined to China about its unfair trade practices. When rebuffed, they more or less shut up, convinced either that they could not do anything or that China's growing economy would sooner or later westernize.

Europeans were used to American nagging about delinquent NATO contributions. Diplomatic niceties usually meant that European leaders only talked nonstop about the idea that they should shoulder more of their own defense.

Mexico ignored U.S. whining that our neighbor to the south was cynically undermining U.S. immigration law. If America protested too much, Mexico usually fell back on boilerplate charges of racism, xenophobia and nativism, despite its own tough treatment of immigrants arriving into Mexico illegally from Central America.

In other words, before Trump arrived, the niceties of American diplomacy and statecraft had untied none of these knots.

But like Alexander, the outsider Trump was not invested in any of the accustomed protocols about untying them. Instead, he pulled out his proverbial sword and began slashing.

If Kim Jong Un kept threatening the U.S., then Trump would threaten him back and ridicule him in the process as "Rocket Man." Meanwhile, the U.S. would beef up its own nuclear arsenal, press ahead with missile defense, warn China that its neighbors might have to nuclearize, and generally seem as threatening to Kim as he traditionally has been to others.

Trump was no more patient with China. If it continues to cheat and demand technology transfers as the price of doing business in China, then it will face tariffs on its exports and a trade war. Trump's position is that Chinese trade duplicity is so complex and layered that it can never be untied, only cut apart.

Trump seemingly had no patience with endless rounds of negotiations about NATO defense contributions. If frontline European nations wished to spend little to defend their own borders, why should America have to spend so much to protect such distant nations?

In Trump's mind, if Mexico was often critical of the U.S., despite effectively open borders and billions of dollars in remittances, then he might as well give Mexico something real to be angry about, such as a border wall, enforcement of existing U.S. immigration laws, and deportations of many of those residing illegally on U.S. soil.

There are common themes to all these slashed knots.

Diplomatic niceties had solved little. American laxity was seen as naivete to be taken advantage of, not as generous concessions to be returned in kind.

Second, American presidents and their diplomatic teams had spent their careers deeply invested in the so-called postwar rules and protocols of diplomacy.

In a nutshell, the central theme has been that the U.S. is so rich and powerful, its duty is to take repeated hits for the global order.

And sometimes knots can only be cut -- even as we recoil at the brash Alexanders who won't play by traditional rules and instead dare to pull out their swords.