‘Unsafe to the community’: Facebook takes on pro-Trump Diamond and Silk

By Kyle Olson | The American Mirror 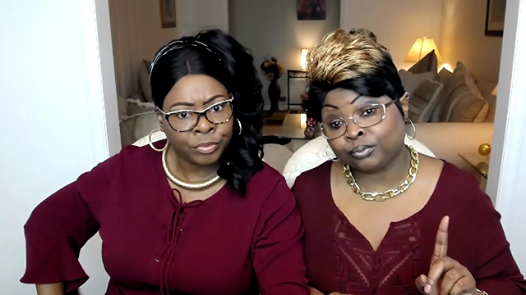 The hilarious duo of Diamond and Silk is a danger to society.

The pro-Trump pair posted on the embattled social media platform on Friday night, saying after months of correspondence, they were deemed to be “unsafe to the community.”

"Diamond And Silk have been corresponding since September 7, 2017, with Facebook (owned by Mark Zuckerberg), about their bias censorship and discrimination against D&S brand page,” they wrote.

“Finally after several emails, chats, phone calls, appeals, beating around the bush, lies, and giving us the run around, Facebook gave us another bogus reason why Millions of people who have liked and/or followed our page no longer receives notification and why our page, post and video reach was reduced by a very large percentage,” echoing the complaints of many conservative and pro-Trump pages.

Here is the reply from Facebook. Thu, Apr 5, 2018 at 3:40 PM: “The Policy team has came to the conclusion that your content and your brand has been determined unsafe to the community.”

They posed several questions to Facebook and Zuckerberg, including, “What is unsafe about two Black-women supporting the President Donald J. Trump?”

“This is deliberate bias, censorship and discrimination. These tactics are unacceptable and we want answers!” they wrote.

Diamond and Silk shot to fame after the Drudge Report linked to several of their videos and they made appearances with then-candidate Trump on the campaign trail.

One of their big moments came when they tore into Republican debate moderator Megyn Kelly in 2015.

Lynnette Hardaway and Rochelle Richardson produced, “Megyn Kelly and that Damn Debate,” in August when it was called “The Viewers View”:

“Okay, so it’s a day after the debates and you all know I am mad as hell,” Hardaway began. “Somebody already tried to come for Donald, so I’ve got to come for them.”

Hardaway objected to Kelly’s opening question to Trump, asking him to respond to comments he made on Twitter towards Rosie O’Donnell.

“Here’s the damn deal, Megyn Kelly, or Kelly Megyn, whatever your name is: Rosie O’Donnell started that whole foolishness! She was on The View and she was the one who spoke out against Donald and Donald had to come back on her!

“So I don’t know why you’re gonna make this here a part of your forum last night. You know, perhaps you don’t need to be hosting debates! Perhaps — maybe it’s time for us to file Kelly and make her go back to reporting news at the local news! Try Sesame Street! Maybe you should go back and report news for Sesame Street and have a debate with them.”

“He’s gonna be the next president of the United States when you like it or not, Megyn Kelly or Kelly Megyn or whatever your name is, or not.”